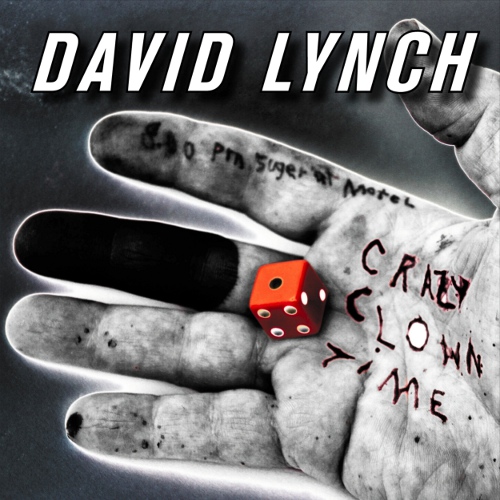 Opening with a lolloping drumbeat and foreboding, movie-friendly guitar tones, the initial impressions from David Lynch’s first foray into full-length record territory feel pretty obvious. Of course this guy can create an album of darkly fascinating electro noir! It just seems to work – the swirling, warping sounds blend and bend and suddenly we’re half way through track two, ‘Good Day Today’, and the chorus is being belted out by none other than the great man himself.

Lynch’s vocal is high-pitched and wobbles through some sort of distortion pedal. It’s a ghostly call that at times is easily understandable, yet at others is uncrackably cryptic – not unlike his films. As it is on screen, so it shall be on record, it seems. It doesn’t matter a bit that it’s hard to grasp what’s going on, all you need to know is that it’s profound and highly entertaining! Although helpfully for anyone without a working knowledge of David Lynch and his back catalogue of films and Twin Peaks, the familiar yelp of guest vocalist Karen O appears within the first few seconds of Crazy Clown Time on recent single ‘Pinky’s Dream’. It’s an ’80s noir electro-pulsating meander through the dark streets of a deserted city, with the refined yelps making it relatively accessible. The Yeah Yeah Yeahs’ songstress tones down her spikeyness, cooing like a macabre little turtle dove and adding energy to an emotional, uplifting and ethereal train of thought that whips the mundanity out of real life, replacing clouds with dream bubbles.

But then almost as quickly as Crazy Clown Time started, something stops. ‘So Glad’ is track three on the record and after the magical nine minutes of the opening two tunes it’s like hitting the earth with a bone-cracking thud. The pace, the energy and the excitement of ‘Pinky’s Dream’ and ‘Good Day Today’ are replaced by a comic funeral dirge, with Lynch’s calls of ‘I’m so glad you’re gone’ echoing and repeating over a Wild West backing track. For a movie director as iconic as David Lynch to record an album with no reference to the OST genre would be implausible, though, and as soon as you accept this and settle down with remainder of Crazy Clown Town, the rest of the record is every bit as good as the opening two tunes. It’s just that as a whole it doesn’t quite flow.

‘Noah’s Arc’ is a whispered poem with a brooding bassline; ‘Football Game’ would work well with any sinister onscreen scene, but be particularly suited to the aftermath of a grizzly murder; and, title track ‘Crazy Clown Time’ with its warbling falsetto and absurd lyrics is perhaps best described as one from the cuckoo’s nest. ‘Speed Roadster’ and ‘These Are My Friends’ are back to walking through the the Wild West, tumbleweed in tow, as Lynch’s drawl continues to provide a narrative of nonsense. The pace, which slows further as the album progresses, almost halts entirely on ‘Movin’ On’, which convincingly sounds like a 45 being played at 33 RPM.

There’s not a minute of Crazy Clown Time that would sound out of place in a David Lynch film, which prompts the rather satisfying prospect of the challenge of dedicating a few hours to matching the director’s musical pearls of wisdom to some of his more memorable movie scenes. Like his cinematic work, the Lynchian listening experience is obscure, enchanting, confusing and charming all at once. Needless to say it is also accomplished and quite unlike anything else out there.