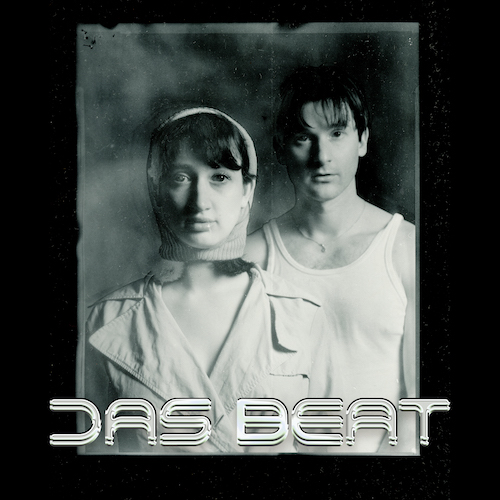 The Bavarian Canadian duo Eddie Rabenberger and Alex “Agor” Kerby lean into the sounds of the '80s, lovingly overdosing on dance beats and layered synths. Rabenberger’s theatre background injects drama into the EP whilst Agor uses his background with Blue Hawaii, a dream indietronica band to construct engrossing melodies and addictive percussion.

Hints of Kraftwerk, Kate Bush and Eurhythmics are peppered over the four tracks which transitions from German New Wave to an emotive indie sound. However, these near opposites are two sides of the same coin in how they relate to their obsession with escapism. Opener “Bubble” is gloriously corrupted by the German scene. The bilingual banger could be played at 6am in a Berlin nightclub as the crowd of bouncing bodies forget about the rising sun outside. “I know it’s trouble when I kick you out of your bubble” sings Rabenberger, contemplating of how “if you want to be happy / you have to pay the price.”

The EP’s closing song “Jackie” is driven by guitars straight from a Cranberries demo and yearns for long lost time. Evoking a cinematic roadtrip closing scene, it is far from the dance floor and shows Das Beat as producing tracks from various influences without overcrowding the EP.

Title track “Identität” combines the eccentricness of the Flying Lizards “Money” with the classic beats of The Human League’s “Don’t You Want Me”. The echoing flute is the floating melody that bounces above the synthwave and shining drum machine. The accompanying video could come from an episode of Kenny Everett’s Television Show. Disembodied lips and eyes are superimposed onto the side of German apartment blocks whilst Rabenberger wears a power suit and Agor dresses and undresses, all shakily filmed on a camcorder.

Das Beat triumph by showcasing their range that goes beyond '80s copycat synthwave. Playing into their influences, they flirt with dance infused bass on the first half of Identität. Rather than continuing on the high energy new wave, they deliver two sentimental tracks that combines '90s indie with '80s pop. Showing range through playful and sensational tracks, Das Beat succeed in bringing nostalgia back with a twist.