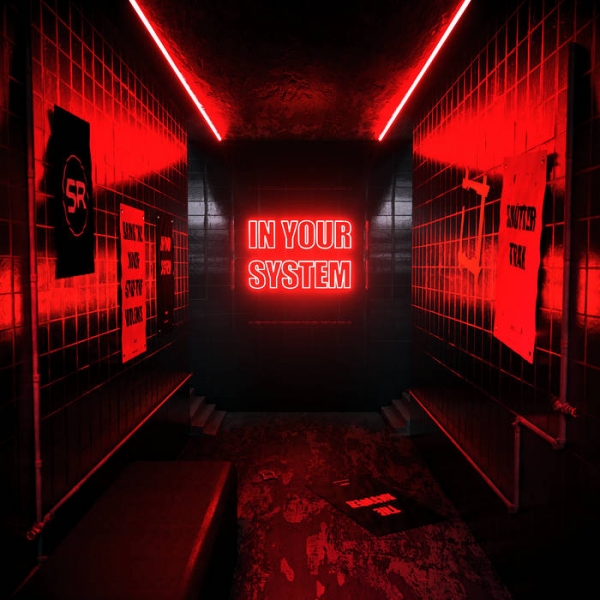 Although Dance System is a new moniker for James Connolly, he’s been part of the dance scene for fifteen years, under current name, and previous guise L-Vis 1990, under which he smashed electroclash against techno, disco against hard dance and produced a bona fide dance classic album, Neon Dreams, back in 2011.

Since taking up the Dance System name he’s remained a prolific producer releasing a large body of standalone EP's and remixes, and with a recent Radio 1 residency in the bag he firmly stands alongside DJ/producers such as Eats Everything, Patrick Topping & Jamie Jones, artists who remain resolutely underground but have crossed over enough into the mainstream to snap at the heels of chart dance acts, pushing to be more creatively credible. Calvin Harris, for example, cites Connolly as the main influence for him dropping the execrable EDM sounds for something more tech based for his Love Generator project.

In Your System, Dance System’s debut isn’t a time for album-based journeys and excursions into unexpected sounds, it’s built the same way he would a DJ set.

Lower paced but still club-ready tracks such as the Roulé influenced "Filter Funk", and the tech-disco chaos of "Découper" are purpose-built floor filling weapons. His well-documented admiration of Daft Punk is splattered through the album, the minimal techno workout of ‘Wet n Wild’ is all squelch and squeak like the very first tracks by them, whereas the atmospheric intensity of "Shutter Track" will do the same things to you their "Indo Silver Club" did when you first heard that.

"Cybernetic" could find itself as a lost cut from a Djax Up Beats 12 from ’96, while "Bring The Noise" channels the late '90s hard house sound of the club Trade. Darker material such as "What You Want" channels his love of old school acid acts such as Phuture and Adonis, using a pitched down vocal to announce “I can give you what you want, I can give you what you need – cocaine”, further in, a sped up voice refuses the offer “I don’t think so, I don’t need this bullshit drug that makes you dance like a zombie”.

It's this kind of cheeky attitude which injects a refreshing angle on tech house which amongst all the good, there’s a hell of a lot of bad. Business techno cynically crafted to be played at Berghain in Berlin (it never is), or dreadful retakes on old tracks which are nothing more than an '80s tune with a tired-ass kick underneath it. Unlike the likes of Joel Corey whose intentions come across as genuinely disingenuous, you can tell Connolly is neck deep in the rich history of dance music, and it’s a smash and grab, like a friend enthusiastically sharing his favourites 12s with you. Whether that be a piece of filtered French house, Chicago jackers, obscure techno face-burners, British acid-tude, or New York disco hedonism, he’s unafraid to let his influences guide the sound of the album, but never in a reductive way.

In Your System isn’t a "hey look at all the things I can do" kind of album – it doesn’t pretend to be that – but as a letter to the sounds that brought Dance System to where he is, right here, in 2022, it’s SWALK AF.