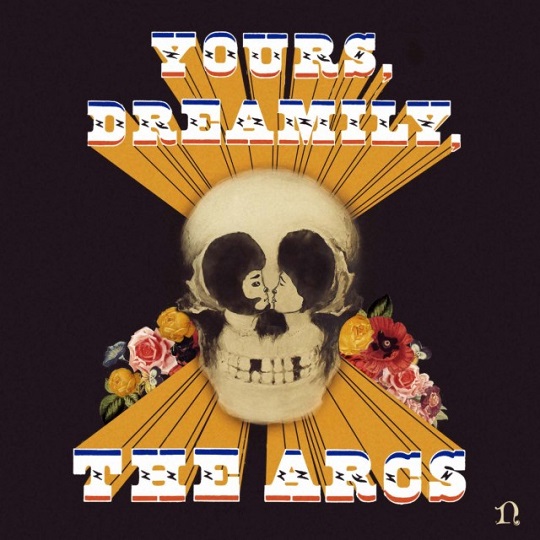 As well his day-job with The Black Keys and lending a masterly retro touch to Lana Del Rey’s Ultraviolence last year, Dan Auerbach has somehow found time to form The Arcs.

However on the evidence of Yours, Dreamily he shouldn’t spread himself so thinly; it can’t decide whether it’s a soul/funk record or a homage to 70’s rock and ends up a mishmash of both.

He also seems to reference his fraught working relationship with Del Rey several times, most archly on “Searching The Blue”, whose lyrics could be an ironic take on “Video Games” (‘You never had a need for anyone, anyone but you.’), which feels facile compared to debut single “Stay In My Corner”, which boded so well for the album. Borrowing the melody of Etta James’ “I’d Rather Go Blind” and the riff from Jimi Hendrix’s “Little Wing”, the playing and vocals have real warmth and there’s a lovely lightness of touch in the production.

But elsewhere the album overwhelms or alienates. “Chains Of Love”, has a sprightly Beck Midnite Vultures period groove accompanied by Mariachi outfit Mariachi Flor de Toloach, but with so much going on the song gets lost. Cringingly, “Come & Go” features a woman having an orgasm in the background - "J’Taime..." it isn’t.

Ultimately Yours, Dreamily sounds like a love letter to The Arcs’ record collections. The saxophone on “Velvet Ditch” could be a sample of The E. Street Band’s Clarence Clemmons, “Cold Companion” apsires for the heights of Neil Youngesque guitar-riffery but doesn’t reach them.

Despite the writing on several songs being undercooked, coupled with production that’s overbaked, Yours Dreamily has its charms, but the onus is on the listener to find them and given the clutter in the styles and songs here, that’s not an easy thing to do.