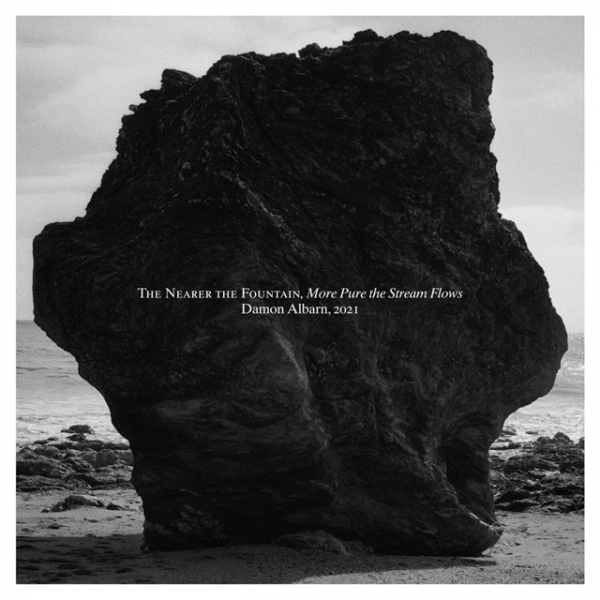 The Nearer The Fountain, More Pure The Stream Flows is Damon Albarn’s second solo venture. Recorded during the depths of lockdown, and meant in part as a homage to the vast landscapes of picturesque Iceland, it manages to cultivate a powerful depiction of reflection, loss, and soul searching.

The album opens up with its title track, and there is an immediate sense of confronting an uncomfortable sad truth - “It’s fruitless for me to mourn you, but who can help mourning,” Damon sings delicately. There is an eerie, almost spooky quality that begins here and artfully winds in and out of the record while looping around the more fast paced tracks such as “Royal Morning Blue” and “The Tower of Montevideo”. It’s fair to say that The Nearer The Fountain, More Pure The Stream Flows grapples with some big themes, ones that can be hard to do suitable justice artistically, but Albarn, with the assistance of an orchestra and a considerably poetic songwriting style, manages to tap into the unbearable sensation of loss and isolation and offers some hopeful respite without appearing contrived.

The piercing and at times creepy instrumentals on “Combustion”, “Esja”, and “Giraffe Trumpet at Sea” have a cinematic quality to them, and sounds of nature are littered throughout - which further lends itself to the wonderfully strong imagery the album cultivates. Albarn, it appears, is attempting to mirror the chaotic fragility of the natural world with the equally so human mind, and in a time when we’re seeing the increasing need to reconnect with our natural habitat for our mental wellbeing, this is sure to resonate with listeners.

Damon Albarn has, at this point, arguably one of the most impressively varied career catalogs of any current musician - even though it has to be said that we are a long way from Blur’s Parklife here, which you could also argue is perhaps his most famed work to date. While the latter remains an iconic staple of generation Britpop, The Nearer The Fountain, More Pure The Stream Flows offers something entirely raw, arresting, and intriguing.

In some ways this is a very sad album, addressing losses that can’t be undone. Whether it be through death or broken-down relationships, a loss is the most upsetting thing most of us will ever have to deal with in life, which is mirrored within the walls of The Nearer The Fountain, More Pure The Stream Flows. There is a light to be found at the end of the darkness, however, as the title alludes to - and while lockdown may have forced Albarn and many others through a dark period, it’s produced some of his most awe-inspiring work.