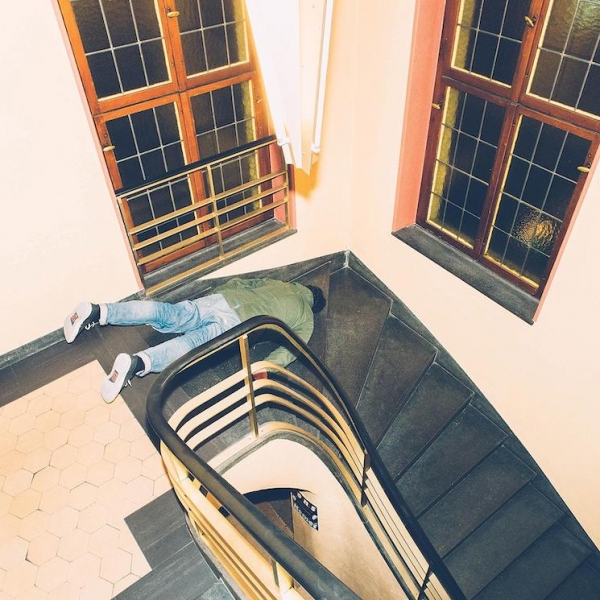 With our collective idea of what a song can and should do long since set in stone, it’s next to impossible for a songwriter to avoid the cliches of their chosen artform. Adhering neither to navel-gazing soul-baring and self-consciously ‘poetic’ obliqueness, Damien Jurado manages the feat with virtuoso ease on The Monster Who Hated Pennsylvania, his fourth album since 2018.

It can be tricky to dream up a fresh angle for discussing an artist on their 17th album. In Jurado’s case, the sheer consistency of the criminally underrated songwriter’s vision and strike rate over the more recent years of his quarter century in active circulation means that The Monster Who Hated Pennsylvania must rank as a front page event.

Sonically, the reverb-laden technicolour splendor of the Maraqopa trilogy (consisting of three loosely themed masterpieces of modern psychedelia crafted between 2012 and 2016 with the late producer Richard Swift) has been scaled back to a sparse, homespun dryness, with multi-instrumentalist Josh Gordon colouring Jurado’s acoustic guitar and vocals with judiciously administered further instrumentation.

From the resigned sigh of “Minnesota” to the steadily percolating, feedback-laden “Johnny Caravella” (which crosses the clattering claustrophobia of Suicide’s “Frankie Teardrop” with the desolation of Bruce Springsteen’s Nebraska to detail the disintegration of a man who has neither 'the shoes or the courage' to leave the mess that's engulfed him), songs as strong as this set of ten don’t require any extra spices to compel.

Jurado has spoken of being primarily influenced by movies in his writing, and the lyrics here are particularly potent in evoking rich visuals akin to the surreal logic of half-remembered dreams or scenes from permanently downcast, drizzle-saturated films you’ve read about but never actually seen.

With his propensity for placing the lens on hard luck characters at the lonely outer reaches of endurance, it’s tantalizingly hard to establish whether the anguished heartbreak of the impossibly beautiful “Male Customer #1” (which sounds like a long-lost standard lamenting a love that’s not so much lost as faded over time to nothingness) is a first-person testimonial or an uncommonly deeply felt feat of imagination.

This aversion of easy answers doesn’t make The Monster any less emotionally resonant. It doesn’t matter whether the logic-defying scenes carried by the wearily sad folk song lilt of “Jennifer” cohere into a tangible tale or what the ‘diamond sea’ the protagonist longs for during the majestic, string-laden “Song for Langston Birch” actually stands for. Allow a while for these songs to seep in, and The Monster Who Hated Pennsylvania will leave you deeply moved, and desperate for more.