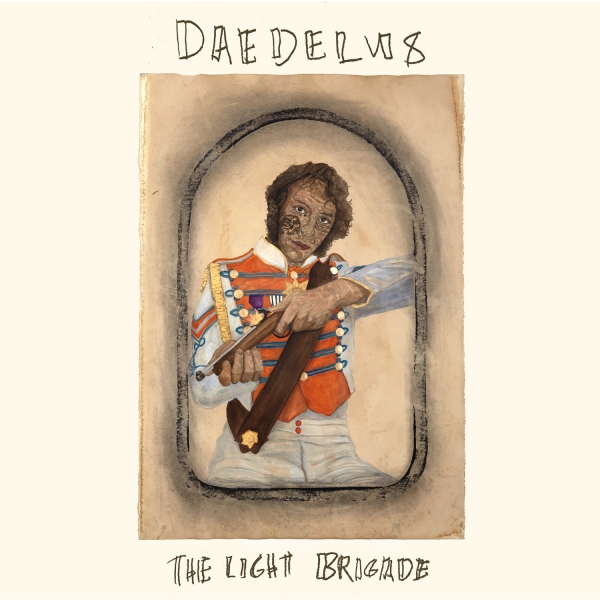 Daedelus is one of the most talked about electronica artists of the past five years; partly because of his prolific output, partly because his music pushes boundaries that no one else has been testing. On occasion, however, he might have failed to realised that there was a reason no one else was pushing the envelope in quite the same direction as him…. Parts of 2010s Bespoke were slightly less than Savile Row quality. Sometimes things were a bit confused and chaotic – and not the Ornette Coleman, ecstatic-stylings-of-a-genius kind of chaotic. The Light Brigade could not be a more different experience.

The Light Brigade is based around the Crimean War, which explains the title and the reading of Tennyson's famous The Charge Of The Light Brigade on the album's opening track “Until Artillery”. Daedelus is no stranger to historically inspired projects -  his 2009 EP Righteous Fists of Harmony was titled after the group which lead the Chinese Boxer Rebellion. But the conceptual thread that permeates the record is by no means the only thing holding the album together. For an artist who is never afraid to grab sounds and throw them in your face, this album is remarkably cohesive, balanced, and even... conservative?

The palette is muted, dappled with the warmth of acoustic guitar, glowing, ringing synth and cascading melodic hooks. Everything about the album feels as if it has been soaked in sepia, including the voice of long-time collaborator Young Dad, who lends his aching vocals to the profoundly intimate, practically post-coital “Belonging” and the haunting “Onward”. The latter, the album's lead single, is tragically poignant; it takes the first line of Tennyson's retelling of a doomed cavalry charge and translates it into a portrait of a dying relationship. Clever stuff, no doubt, but what makes this single so evocative is its sheer simplicity. Every chord, every line, is exposed, laid bare and reverberates long after you have pressed the pause button (which you will definitely need to do, unless you have tissues handy -  it's pretty emosh).

The music of the Crimean peninsula is embedded into the landscape of the album, with acoustic guitar mimicking the sound of the traditional balalaika.  “Country of Conquest” plays into the great tradition of Russian art music composers, like Shostakovitch. The Light Brigade was conceived before the recent escalation of political events in the peninsula, but in light of the current situation,  the tensions of these musical choices are reactivated and imbued with an unanticipated immediacy.

The Light Brigade, although markedly more placid than much of Daedelus' previous work, is mature and eloquent; an intricate, delicate object of real beauty.