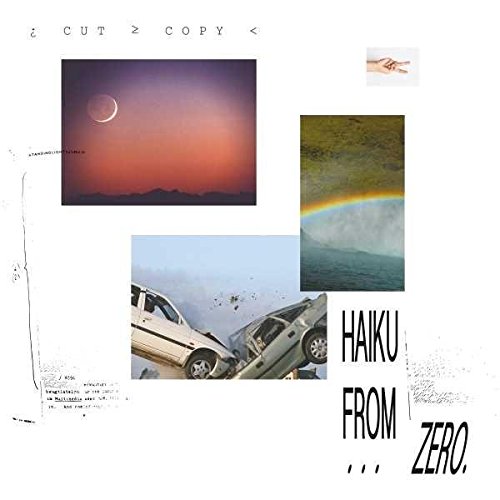 Somewhat of a cult record among DJs for its stop-start angular sound and use of sampling, it heralded a crossover of previously siloed worlds of keyboards and guitars. The band have made a hugely successful international career on this sound, adapting it across four studio albums, as well as the requisite remixes and mixtapes you’d expect from a DJ-led outfit (there was even an ambient electronic cassette release last year; take that Frank Ocean).

So where does their fifth album find them? Well, less urgent for a start. There’s a laid-back feel to Haiku From Zero of a band that are comfortable in their sounds and their skins, making great dance music for the festival crowd. From the jaunty kalimba opener (and second single) “Standing in the Middle of the Field”, rhythms chug along at a pleasantly foot-shuffling tempo that wouldn’t see you spill your warm cup of ale in, well, the middle of a field. The underwater percussion, jaunty guitars and Dan Whitford’s distinctive ‘80s falsetto on new single “Airborne” could almost have been ripped from their debut record, save for a slower bpm. The catchy-chorus-with-simple-bassline-model of both singles is sure to embed them into radio playlists.

Where previous albums Zonoscope and Free Your Mind took lengthy and enjoyable trips into anthemic, acid-drenched cosmictronica, here the band return to their earlier material for a Sunday afternoon disco session.

Now all of this might seem negative, but Haiku From Zero is actually a masterclass in assuredness. Cut Copy are a band that know how to make distinctive, original electronica that – crucially – sounds like them. It’s pretty and smooth; the shimmers and reverb of their earlier records have been compressed into a concentrated essence of what made them great in the first place.

The world might have changed a lot since 2003, but Cut Copy haven’t. Thank goodness.