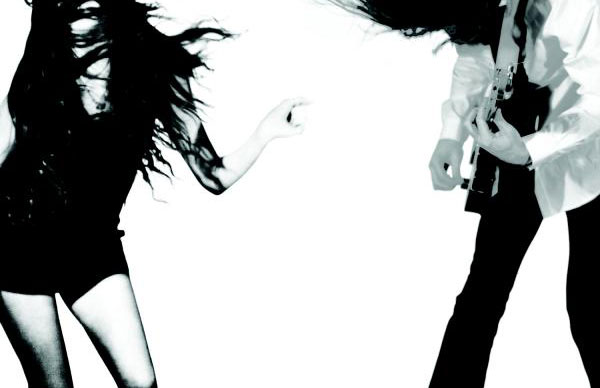 A somewhat metaphorically gooey and impossibly optimistic mess is what I, and many other blogosphere tourchburners resembled the moment ‘Go Outside’ by Cults hit our collective eardrums last spring. The song was a mesmerising contradictory one-two punch of soul-shredding prettiness and distant but ever present eeriness. An off-kilter but genuinely catchy pairing of a speech extract from cult leader Jim Jones juxtaposed with a youthful, idyllic and innocent xylophone riff immediately announced them to be the leader of the nostalgia pack. Cults evidently knowledgeable of the fact that a perfect pop song always bears glints of darkness.

Unsurprisingly it’s still the best song from their eponymous collection of 60′s pop homage songs. However, it’s still a very competent arrival with regular flashes of brillance by a fully-formed band already confident in their abilities, vision and aesthetic. To focus on aesthetic. It’s one that harks back to the days before the dawn of the internet – the times where bands were a genuine enigma thus only further intensifying the fans and the press’ adoration for the music. A band surrounding themselves in a shroud of rock’n’roll mystery - hair-covered faces on artwork and pr shots, annoyingly ungoogleable band name etc. Bah humbug cynics may screw their faces in all-knowing disgust, but it seems to be working – Pitchfork have been privy to their charms, tagging several of their songs with their ‘Best New Music’ tag aka *Every New Band’s Wet Dream*.

For those who have managed to pull off the inconcievable task of not hearing any of their songs, their musical output very much resides in the sonic realm of sacharrine sweet pop. Of course, the influence of The Shangri-La’s couldn’t be anymore obvious – ‘Bumper’ is ‘Give Him A Great Big Kiss’ but with it’s lovesick message turned on it’s head. Nearly if not all songs have some sort of xylophone present and a pop melody reminiscent of the classic girl-pop sound. Aware of the fact that what there playing isn’t exactly anything new, there are attempts to switch things up. Switching things up in Cults case is curating a great pop song then injecting tones of malice or uneasiness into said pop song. Most of the time it works. Whether it’s the desperate lyrics in the brillant stop-start angst-ridden ‘You Know What I Mean’ or it’s the reverb-to-hell sample from another maniac that acts as the intro to the hip-swayingly and extremly euphonious ‘Oh My God’ – it’s all pulled of with an almost unfaltering sense of aplomb.

Cults’ ear for a strong melody and hummable tune is unquestionable and a force to be reckoned with – ‘Bad Things’ is just behind ‘Go Outside’ in the run for the best thing they’ve produced so far. The song sees the band delve deeper into their Lynch-ian abyss; a plonky piano akin to one in the Addams Family theme tune, slow drum and glittering electronics merging together to act as a inescapable melodic musical setting for Madeline’s melodramatic cinematic yarn:

It would have acted as a fitting goodbye – but alas, proving that bands rarely don’t make a misstep on their debut, the rather ironically titled finale easy going ‘Rave On’ falls a bit flat and is surprisingly sleepy for a song that wants it’s listener to “raveeeeeee oooooonnnn”. Their trump card – the fact they don’t view the past through a pair of rose-tinted glasses – being drowned out with a uncharacteristic “keep your head up” attitude. Clearly, Cults’ pop is at its best when it’s lurking in the malevolent shadows and engulfed in the murky depths.