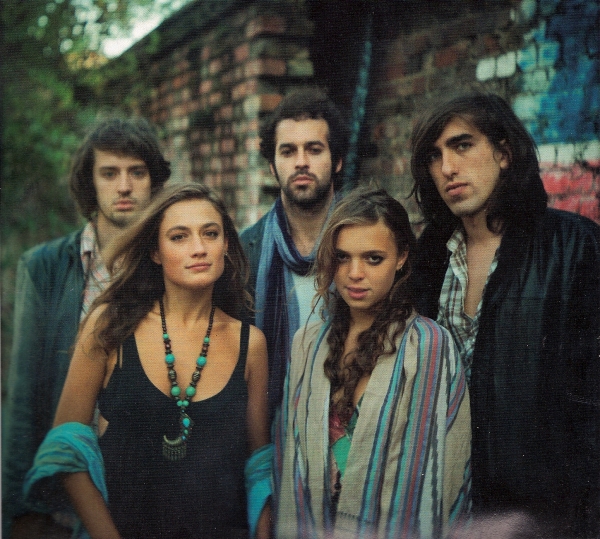 When we first heard Crystal Fighters’ spirited foray into alt. dance with efforts like ‘Plage’ and ‘Champion Sound’, it was clear that we had something pretty special on our hands. The British/Spanish five piece spout youthful vigour, a penchant for sun-laced sounds and bounding pep of a puppy – even the most heartbreaking of their cuts is carried by a lightness and a golden haze.

Not only is their sound summer-bound, but it’s also insanely danceworthy – it’s the kind of organic club music that’s designed to soundtrack beach piss-ups in the sweltering heat, as you eat charred burgers and swill warm beer. They’ve got an original sonic identity that’s full of throbbing beats and luscious synths, but also the warmth of ukuleles and vocal richness.

Their debut, Star Of Love, polarised critics – some doled out 10/10s, others were keen to thrash them down. However, both camps saw potential in their sound, with many outlets patting them on the back for their original take on dance music and indie rock. They brought something to the table that wasn’t just fresh, but also amazing – apparently it was a concept record based on an opera “written by a man whose sanity disintegrated” before it could be finished. The LP was an engrossing combo of interweaving Basque folk and contemporary electronic music – and on the successor to Star Of Love, Cave Rave, we hear the familiar jangle of what made Crystal Fighters so fascinating in the beginning.

For Cave Rave, Crystal Fighters wanted to expand their horizons. They’ve brought in a host of authentic world instruments, like the txalaparta, the txistu and the Bolivian charango; they sought the wisdom of African musical icons and explored the sounds that cultures of the world have on offer, soaking in the variety, cherrypicking their favourite parts. There’s a notable Latin feel to the record (‘No Man’), there’s even some tribal percussion (‘LA Calling’). What has started to fade though, is their penchant for synths – this album careens away from the dance music aspect (as a genre) – but some efforts, like ‘Separator’ and ‘Are We One’ retain their techno streak, proudly showcasing pangs of dubstep and Calvin Harris pop hooks.

Other tracks, like the lead single ‘You & I’, eschew the synthetic. Sauntering through your speakers with the jauntiest ukulele intro you’ll ever hear, the track wears a splatter of reggae over straight-up indie-pop. With vocalist Sebastien Pringle’s adorable “I don’t need nothing else, no one else but you and I,” it’s plain to see that the cut is an ode to singular, relentless and all-encompassing love, told through tropical rhythms, backing vocals ripped from Lilo & Stitch and uplifting melodies. You’ll be hard-pressed to find a more perfect summer tune. Opener ‘Wave’ features similar joie de vivre – it’s a sprawling paean of life and love, told via celestial guitars and atomic percussion.

Truthfully, for all of the global influences and toil, you barely even notice. There’s no time to pause and dissect the record, and just as you think there’s a gap to breathe, they drag you by the scruff of the neck and force your to grin and boogie. From start to finish, it’s a delirious pleasure, even if there’s a weak moment or slip in quality, you’re blind to it as their knack for eternal happiness and glorious melodies distract you. They’ve poured so much time and effort into Cave Rave – but you may never get a chance to appreciate that aspect of the album, because for all their intrinsic talent and informed attention to detail, their passion for pure pop is overpowering. It’s like someone trying to explain to you something in great detail at a party – it may be very interesting, but we’re sure you’d much rather just get another beer and dance like a loon.