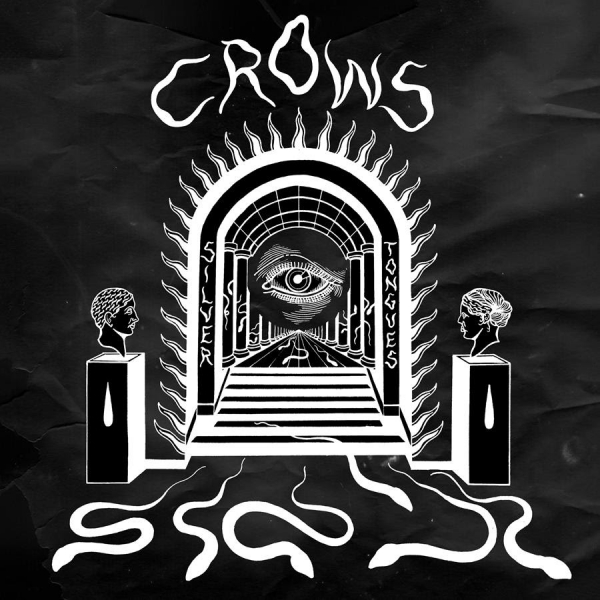 Signed to IDLES’ Balley Records, Crows have finally released their debut album Silver Tongues after many years in the making. Having formed the band in 2013, their road has been a long one, with many false dawns and broken promises along the way.

On first listen, Silver Tongues is a much more mature beast than the music of their early garage-punk days. A lot of the edges have been knocked off in place of a smoother, more melodic finish. Both “Hang Me High” and “Chain of Being” contain bass lines that harmonise and choruses that go for the jugular. Opener “Silver Tongues” still displays that rougher intensity of old, but this is one of the exceptions in a record that has all the hallmarks of a band allowing their sound to develop.

Having being recorded almost entirely in the blacked out studios, it’s not surprising that singer James Cox finds his lyrics going to a similarly dark place. Themes of guilt and suffering are regularly evoked in the form of vivid biblical imagery. On “First Light // False Face” he finds himself circling the River Styx after not being allowed into heaven and on “Crawling” his palms are stretched up to the heavens as he is left to drown.

Amongst the darkness, there is still lots of hope. The uplifting hook on “Empyrean” is probably one of the most positive things the four-piece have written and “Wednesday’s Child” is a proper balls-out tune that fits perfectly into their hectic live show. However, this debut record still sounds like a band caught between two stools, not sure if they’re still full-on punks anymore or softer, introspective shoegazers.