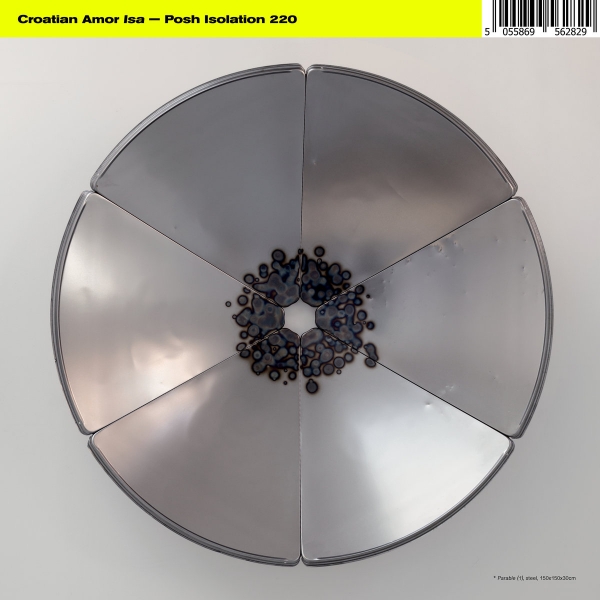 Loke Rahbek has his black-lacquered fingers in so many pies that it must be impossible for his fans to keep up. Well, almost.

He co-founded the effortlessly cool Posh Isolation label with Christian Stadgaard. He’s involved in the heavily incestuous Sacred Bones stable, primarily through his involvement with the incredible Lust For Youth – with whom he released the incredible 2014 record International (think early Human League in Ibiza). He’s collaborated with a variety of maniacs and geniuses, from Puce Mary (who appears here) to Elias Bender Rønnenfelt. He is, by all accounts, a man to watch.

So it’s fitting that here, on his new record Isa (the Muslim Arabic name for Jesus) that there are numerous guests filling a variety of roles, wearing a multitude of costumes. Foremost amongst them is Jonnine Standish of HTRK, and Yves Tumor – both contributing to two standout moments. But the tracks themselves, for the most part, bleed into one another to the point that the titles themselves become largely arbitrary exercises. These are dark, dank industrial workouts, the likes of which Rahbek specialises in.

There is some warmth amidst the burning ice, “Silent Blur Accent”, with its slowly building serpentine airiness, is a brief salve to the pummeling misery of tracks like the claustrophobic “Into Salt” or the putrid darkness of “Dark Cut” (the track that features Jonnine Standish). Final track “In World Cell” also features some of the brightest vocals on the record, where most of the voices on the thing are distorted, hushed or treated to terrifying effect.

When taken in one sitting, Isa can be incredibly overwhelming, much like the majority of projects that Rahbek is involved in. It’s a tense work, a deeply troubling piece – it evokes, at least in terms of mood, noise-terrorists like Throbbing Gristle and Cabaret Voltaire. It’s also a thrilling record, one that stands up to multiple listens, and with each listen it becomes easier to digest.