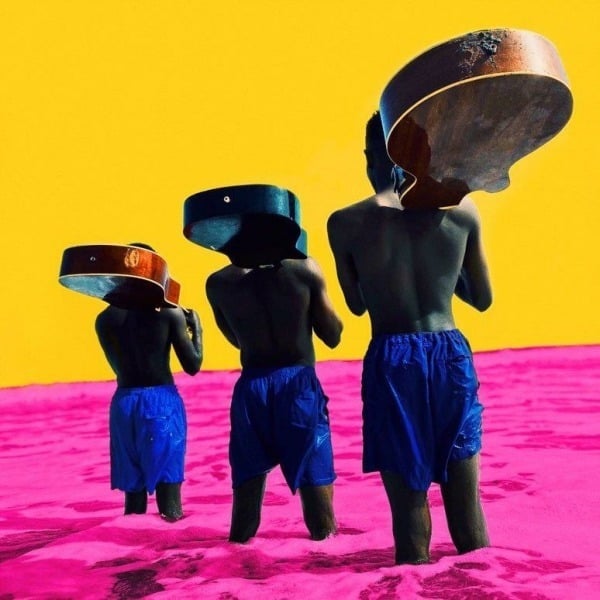 A Beautiful Revolution (Pt 1)‘s strength was its adroit combination of catchy melodies and potent lyricism. The sequel is missing the first and doesn’t always deliver the second.

This new album from legendary emcee Common relies too heavily on his ability to elevate stagnant songwriting through performance. It's evident on the bluesy "Poetry" as the track quickly flatlines after the introduction of its plucked guitar, or in the stationary "A Beautiful Chicago Kid", a track that resides in a compositional no man's land–pulled in every direction between taciturnity and elation.

We hit a low point with the chaotic "Saving Grace", a languid exploration of the power of faith and manifestation that suffers from odd production choices. Brittany Howard's main vocal line is drowned in an inextricable amalgam of whacky harmonies that make for an uncomfortable listen.

The actual saving grace of the album is the one track that harks back to A Beautiful Revolution (Pt 1)'s instantly memorable choruses. "Imagine" follows in the footsteps of groovy "What Do You Say (Move It Baby)" and crystalline "Don't Forget Who You Are" off last year's LP. This time, Common and collaborator singer/songwriter PJ conjure images of a world full of "Lauryn Hill type of singers", clean water, a dismantled prison-industrial complex and a system void of racism atop a soulful R&B motif.

The song hits a sweet spot Common struggles to find throughout, between evocative imagery and his brand of uplifting hip hop. The brilliance of lines like "I love poetry when it becomes infinity" is offset by all-too-frequent lyrical maladroitness ("This is chemistry no need for periodic tables").

The lyrical asymmetry is further exacerbated by the punch packed in the spoken word pieces that encapsulate A Beautiful Revolution (Pt. 2). On "Intro (Push Out The Noise)" Jessica Care Moore plays with words like she would keys on a piano, gracefully hopping through alliteration ("A gathering of souls a sanctuary surrounded by natural springs the bling of butterflies") and a panorama of quarantine observations ("transforming two bedroom apartments into theatrical stages").

The album ends with a message that seems to break with all that came before. While Common articulates the possibility of systemic change through conversation and community, Morgan Parker's approach is rooted in "the radical belief that broken is beautiful, that breaking is essential / That revolution is built from wreckage". Those two approaches sound at odds with each other, in the same way that abolition and defunding are vastly different proposed solutions to the problem of police brutality in the US. By catering to everyone in an effort to uplift, Common doesn’t connect with the listener as much as he could–and as much as he has in the past. Common's big tent might be too spacious for its own good.