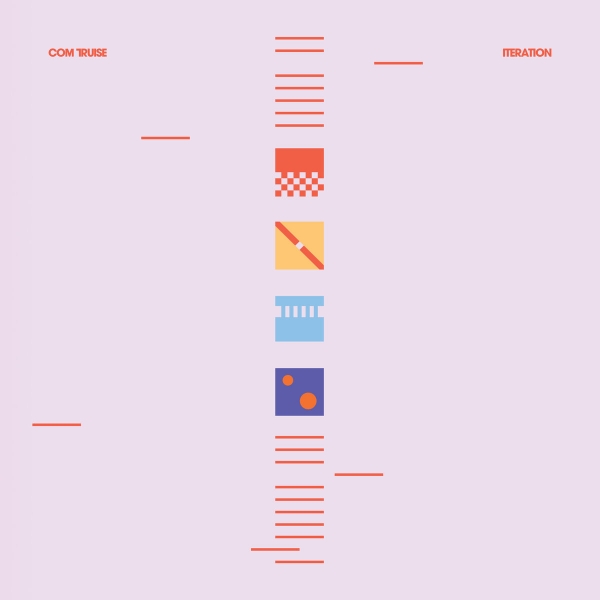 The title about sums it up with Com Truise’s first full length release in six years. Iteration reframes the strict compositional ethos that we’ve come to expect from this LA based producer, as Seth Haley continues to tell the story of Com Truise; a virtual space and time traveler.

Happily stuck somewhere in the 80s, Haley refuses to acknowledge the eulogy for classic synth sounds from iconic instruments such as the Yamaha DX7 or Ensoniq Mirage. Instead, he revels in them, often preferring slow moving funky basslines, arpegiated leads and thick virtual strings or pad sections over sounds invented in the last twenty years.

It also appears, based on track titles which often have something to do with the systems of the natural world, that perhaps our space traveler is getting closer to home, seeing ahead of him a planet wrapped in shadow.

Iteration has a subtle, dark undercurrent across most of its tracks. As is the Com Truise tradition, the songs are not really danceable (with the exception of the title track), yet nor are they calm enough to be meditative. Instead they have a contempative mood, forcing us to ponder how history repeats itself among the sonic landscape of a time that gave us synth pop, Ronald Regan and Margaret Thatcher.

Although Iteration is billed as an emotionally engaging album, finding the true feeling among towers of 80s pop synths and sequencers feels difficult at times. But never mind that - the production is perfection, and if you're in to classic pop musical cliches that defined electronic music in that era (the electronic tom rolls or iconic hyperactive clap accompaniments, for example), Iteration becomes more of a celebration of nostalgia than perhaps a narrative into something deeper. The trip back is kind of fun, even if it is not directly intended.