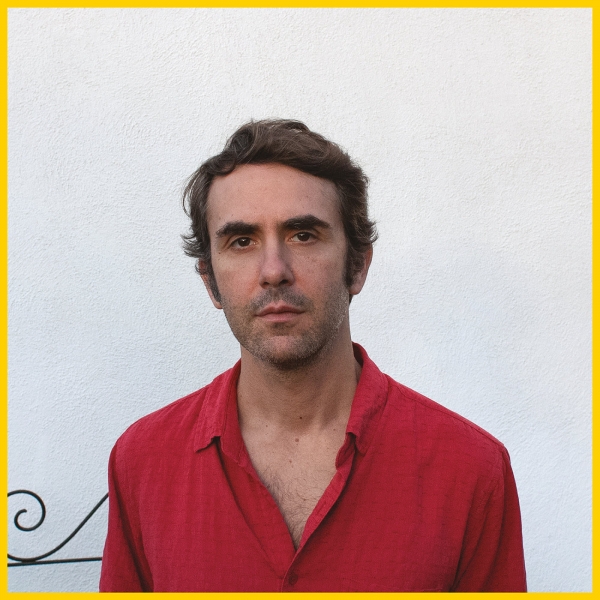 Throughout our lives, we have many experiences that are universally relatable.

However, sometimes we find ourselves dealing with events and revelations that few others can understand. On his self-titled third album, singer-songwriter Chris Cohen processes difficult family issues and brings questions of identity and openness to the fore.

After 53 years of marriage, Chris Cohen's parents separated as a result of his father (Kip Cohen - a former executive at Columbia Records) concealing his sexuality and various substance addictions, inspiring Cohen to produce his latest body of work. Written and recorded over the last two years in Cohen's home and in a Glendale studio, this eponymous record marks the first time the Californian multi-instrumentalist has collaborated with other musicians on one of his solo albums, with contributions from a host of artists including Katy Davidson (Dear Nora), Luke Csehak (Happy Jawbone Family Band) and saxophonist Kasey Knudsen.

This is Cohen's most personal effort so far and has seen him adopting a new approach to songwriting: “I hoped that by writing about what was closest to me at the time, I might share something of myself and where I came from”. Even though this record was inspired by events with deep personal significance, Cohen largely avoids direct lyricism, instead favouring a more obscure narrative for a large part of the album.

"Green Eyes" is perhaps the most overtly personal track on this record, abandoning abstract and cryptic lyricism to openly discuss the men of Cohen's family through a mixture of stories, childhood memories and questions aimed at Cohen's father, making for one of the album's most intriguing cuts. This is not the only point on the album where we hear Cohen delving back into his past. Standout track "Edit Out" finds Cohen meditating on the estranged relationship he had with his father in his formative years over a mellow lounge instrumental.

Much of this album has a '60s atmosphere to it - "Heavy Weather Sailing" is jangly and Beatlesesque, while "House Carpenter" has a certain Velvet Underground feel, with droning wah-wah guitars and rolling percussion accompanying traditional folk-influenced lyrics and vocal melodies. Cohen's new LP also bears many sonic similarities with labelmate and former touring buddy Mac DeMarco’s last album This Old Dog, with its mixture of retro drum machines and softly strummed guitars.

Despite his best efforts, Chris Cohen is in no way a faultless album. From the ten tracks on this record, there are more than a couple of forgettable cuts (you're unlikely to find yourself with "Sweet William" or "The Link" stuck in your head), and while the lo-fi production is not without merit, it often leaves you craving something with a little more edge and clarity. Like on his previous albums, Cohen’s vocals can also leave a lot to be desired, with little variation in melody or vocal delivery and an overall lack of dynamics in the instrumentals - you can't help but feel this album would benefit from the occasional change of pace and intensity.

On this alubum, we hear a new side to the singer-songwriter, yet although Cohen has begun to explore more ambitious lyrical territories and has opened up to recording with other musicians, his sound still hasn't really evolved since his debut. While Chris Cohen is by no means a bad record, the combination of muddy production value and laid-back pace can make it feel like somewhat of a drag to listen to (despite it clocking in at just over half-an-hour), and, while there are gems on here, you certainly have to seek them out.