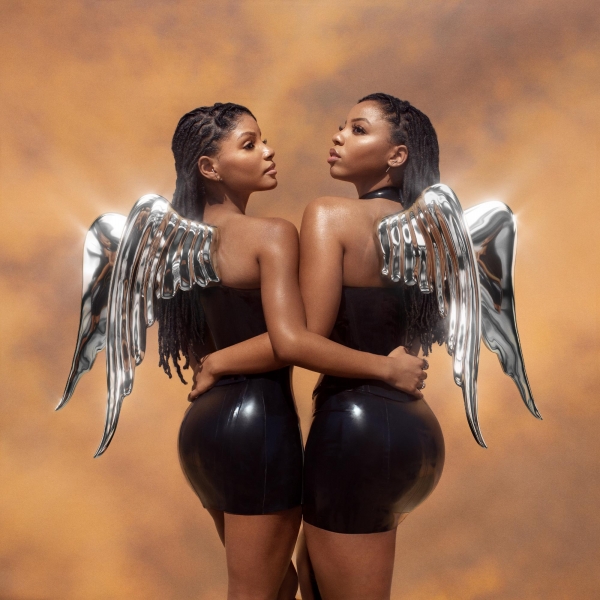 Ever since their breakout in late-2013, Chloe and Halle Bailey have staked their claim for a position in the upper echelons of the entertainment world.

Despite high-profile endorsements from the likes of Beyoncé and Disney, the sister duo hadn’t yet emerged as a force in their own right until the release of their feisty debut, The Kids Are Alright, garnering an onslaught of critical praise as well as a well-deserved Grammy nomination for their musical efforts.

Whilst their previous record consolidated upon the breezy, summery aesthetics of forebearers such as En Vogue and TLC, the duo’s latest project adopts a different tack, fusing progressive hip-hop soul with moody, late-night rhythm and blues. The end-result is nothing short of a contemporary classic, a document of musical prowess playing in real time. Despite their relative youth, Ungodly Hour is a timely reminder that Chloe and Halle are built for this moment in R&B music.

Take, for example, the angsty “Don’t Make It Harder On Me”, which sounds like a deep-cut by The Supremes turned on its head: “Don’t make it harder on me. / Don’t make it harder on me / I told you not to love me / And now you’re growing on me”. Channelling late '60s doo-wop and contemporary urban pop, the song is as much a kiss-off as it is an unabashed love-song, with the duo sounding off on the ramifications of a potential romance against an edgy, orchestral backdrop. Make no mistake though, the sisterhood draw power from their previous heartaches, crafting anthems across the rest of the album that speak to their self-confidence, such as the empowering “Do It” (“I’m just with the crew / We ain’t out here lookin’ for boo / ‘Cause some nights be better with you…”) and the playful “Forgive Me” (“Movin’ too fast, now you caught in the middle / Try so hard to keep up, now you single / Bettin’ you’ll regret what you did just a little / Ah, ah”).

Elsewhere, the duo channel early-nineties Sade on the jazzy “Busy Boy” before trading off kisses with Swae Lee on the Mike WiLL Made-It-produced “Catch Up”, concluding this one-two punch with the confessional “Overwhelmed”, which sees Chloe and Halle ruminate on the pressures of their newly-found stardom: “Holdin’ my breath ‘til my face turns blue / Head under water / Breathe deeply, they said / I need a weekend again”. At odds with the otherwise up-tempo sound of the record, this moment of vulnerability speaks to the strength drawn by the duo in their togetherness – a theme that emerges most prominently on the album’s title track: “When you decide to love yourself / When you decide you need someone / When you don’t have to think about it / Love me at the ungodly hour”. Acting as both sultry invitation and empowered self-confession, the song is a clarion call for all those who deign to diminish the duo’s talents – talents that blaze through on Ungodly Hour with a full and unrelenting force.