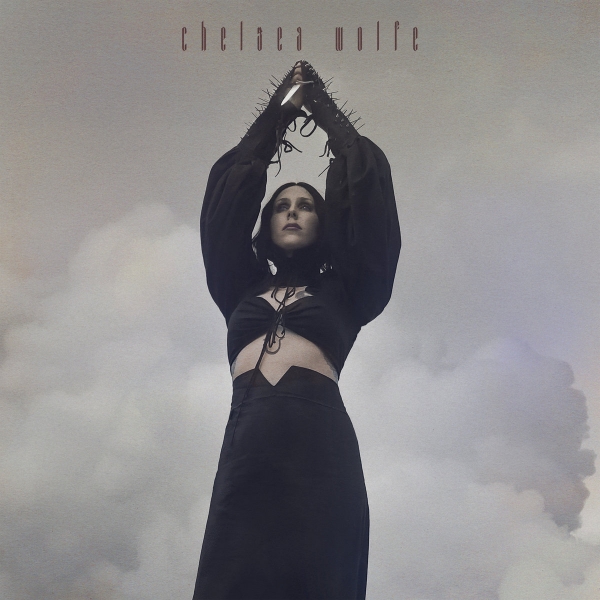 There’s a darkness so potent, so foul, that exists so deeply within the human condition that we cannot conceive of life without it.

Its various forms (grief, rage, terror) are so essential to our lives as they provide balance to everything we enjoy or take pleasure in. It’s a darkness that artists, musicians and writers tend to leave well alone, their only dalliances with it superficial or fleeting, because we only need to glimpse that abyss a few times in our life to really understand how deep it goes.

But there are a few people out there, a handful every generation, who cannot help but attempt to alchemize that very darkness into some kind of healing force for good. Leonard Cohen, Nick Cave, Goya, Whistler, Munch, Egon Schiele, Tarkovsky, Lars von Trier, Sylvia Plath, Virginia Woolf, Michael Haneke, Polly Harvey, M Gira, Nico, Diamanda Galás... All of these people, clearly, have been touched by this darkness, and inspired to create art from it.

Chelsea Wolfe’s name belongs on that list. Her music can be leaden, molten metal or airy, dusty Americana. It can be drawn from the endless wells of Sunn O))) feedback (“Carrion Flowers”), or the sinister, shaggy country folk of Townes van Zandt (“Flatlands”). She can be American Gothic or Nordic Satanic at the flip of a switch. Her most recent albums, Abyss and Hiss Spun, are her heaviest, most-metal albums – and they followed the highly accessible, relatively breezy doom rock of Pain is Beauty. But dotted amongst her catalogue are solo, acoustic songs – or even whole albums full of them – that demonstrate her unique understanding of that bottomless void at the heart of every person. No matter how they’re performed, her songs are bleak and intense in the same way Swans songs are bleak and intense, the same way Björk songs are bleak and intense. They just feel like they’re tapped from a taboo source, something we shouldn’t be talking about.

Birth of Violence is no different. Recorded in something of a hurry, it’s a largely acoustic folk album, full of tender brushed drums and chiming strummed guitars. “The Mother Road”, which opens the record, is full of her signature intensity – an intensity that never lets up over the course of the other ten tracks. It has a forceful, Jeff Buckley-esque roll to it, with the guitars rising in time with her voice – pitched in her honeyed mid-range. In its black depths are images of violent America – from the tent revivals of brimstone preachers to scalped corpses on the side of ancient horse tracks.

“American Darkness” is classic Chelsea Wolfe: a lolloping, trip hop rhythm attached to disembodied piano chords and scraped guitar strings. The mood of the album is intensified further still by the harrowing atmosphere of the title track. It’s taut, tense and threatens to explode into a fit of violence every change of chords. The explosion never happens – but the intensity never relents.

“Deranged for Rock & Roll”, one of the most ‘rock’ numbers on the album, offers dexterity and variety and a lightly propulsive rhythm. It’s a curveball in the same way that she’s thrown curveballs on previous records (“Crazy Love”, “Twin Fawn”), which is to say that it breaks the flow of the previous songs, only to strengthen the effect of the second part of the record: the tender, poignant hush of “Little Grave”, and the electric-burn menace of “Preface to a Dream Play” lead up to the true showstopper, “Highway”.

“Highway” is, without a doubt, the purest expression of her art that Wolfe has ever released. It evokes empty corridors in a stone-grey heaven, the paradise ignored by an absent God. It evokes the stretching out of the land to a blind horizon, an asphalt serpent wrapped around the world. It’s positively godly.

Birth of Violence isn’t Wolfe’s best album, or her most intense, or her most accessible. But what it is is a combination of elegant songcraft, dread-fuelled musicianship and otherworldly vocals. Her music has always stood at the crossroads of metal and folk, country and goth. Birth of Violence no longer stands in the centre of the crossroads, it opens up a new road... down.