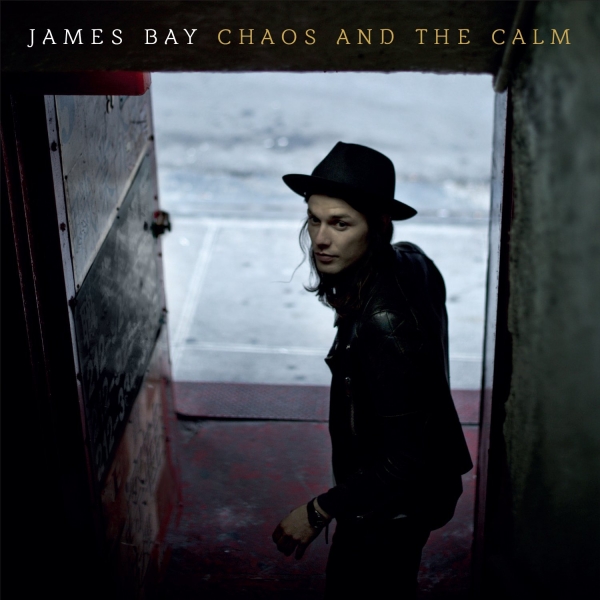 The winner of this years BRIT Critics Choice award, for many James Bay epitomises everything wrong with the music industry. Chosen to be ‘the next best thing’ by industry professionals, Bay’s inevitable success acts as a self-fulfilling prophecy for the ‘experts’ that championed him. For every Adele there’s an Odell when it comes to previous winners of the award, and for many Bay falls into the latter category. Alas, Chaos and the Calm is a middle-of-the-road pop record devoid of anything that suggests the singer-songwriter behind it can rise above mediocrity.

While nothing here is particularly unpleasant, many of the album’s twelve tracks feel whimsy and bland. Opener "Craving" begins with the lyrics "walking through the traffic on a Monday/in the town I grew up", which sadly seems to be about the extent of the emotion on display. Each track seems to follow the same structure, where understated verses build up to progressively louder choruses with much uninspired instrumentation throughout. "If You Ever Want to Be in Love" initially sounds like it should be a Tom Odell song until it gets to the painfully predictable chorus, although there are at least some reasonably enjoyable guitar parts during the latter verses.

Lead single "Hold Back The River" follows the same formula, but presents itself as the record’s strongest moment. Its lyrics at least feel personal - and the instrumentation is a tad more experimental - but it’s still an drearily simple song, and the fact that it provides the best representation for Bay’s abilities doesn’t bode well for the future. "Scars" is another reasonably strong moment in that its sentiment isn’t lost in the record’s lavish production, but it’s an anomaly in an album that feels soulless so much of the time. On "Collide", Bay delivers a cringeworthy Elvis impersonation, whilst closer "Incomplete" almost completely passes the listener by.

There’s nothing wrong with being radio-friendly, but sadly Chaos and the Calm lacks the edge, emotion, and most certainly the chaos to be anything more.