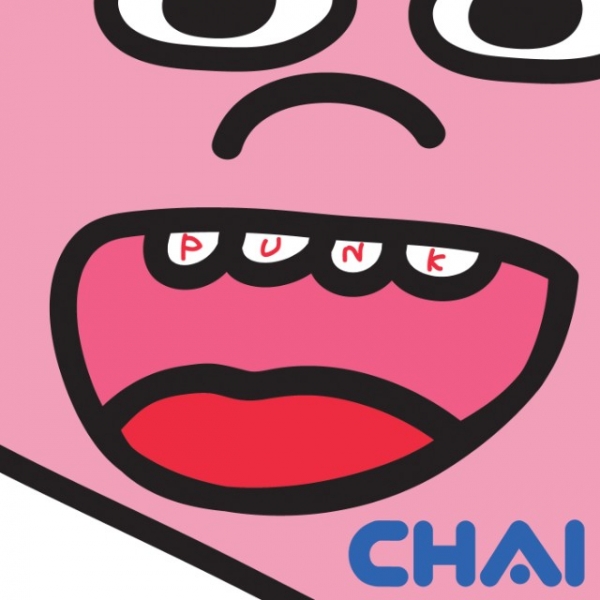 Kawaii. It means “cute” in Japanese. But it’s not just a word.

Kawaii has taken on a whole life of its own, permeating through all facets of Japanese popular culture: manga, clothing, toys, candy. All of it is influenced by and propagates the idea of kawaii. It’s ubiquitous, inescapable, suffocating. It’s everywhere. And while it’s the driving force behind the behemoth that is J-Pop, fast becoming a worldwide phenomenon, there are emerging strains of music in which the idea of kawaii is being rebelled against - fervently. Some have had enough.

CHAI, four Japanese women who just can’t take all the damn cuteness anymore, make such music. Three of them, twins Mana (keys and lead vocals) and Kana (guitar), responsible for melodies and chords, and Yuna (drums), met while in a music program at high school. Later on, at college in their hometown of Nagoya, they met Yuki, who taught herself bass and was holding down the bottom-end of the band within twelve months. They released their debut last year; the hyperactive, super-animated, brilliantly genre-melding PINK. It served as a Technicolor vehicle for CHAI’s message: take your kawaii, and shove it. We’re gonna do things our way.

And their way? Well, CHAI call it Neo-Kawaii, or “New Cute”. It’s a world in which everyone’s perfect in their imperfect way, and even the most menial tasks are made to feel special: “So you do housework, it’s a great job!” yelps Mana during a rare lull in the otherwise frenzied whirlwind of “GREAT JOB”. It’s propelled by a frenetic bassline and kinetic drumming, as are opener “CHOOSE GO!”, the joyously unhinged “THIS IS CHAI”, and “Fashionista”, which has some seriously infectious funk woven into its DNA. It’s all very punk rock, given a playful CHAI twist.

Peppered in and around those geared-up moments are the more pinkish-hued, bubblegummy pop bangers, that bounce with effervescence, rather than blitz with fervour. “Wintime” breezes and bops along, “FAMILY MEMBER” is an all-out boisterous group shimmy – “you know we always have fun” winks Mana – “Curley Adventure” floats on a wave of synths, and shining through “Feel the BEAT”’s scuzzy sway is perhaps CHAI’s most important broadcast: “Love is all that we want”.

It’s a heady, dazzling blend of pop, punk, dance, funk and electronica, moulded into a swirl of kaleidoscopic energy. CHAI have called their second album PUNK for a reason. It’s not only what underpins much of their sound, but it’s what Mana, Kana, Yuna and Yuki see themselves as: punks – albeit ones that prefer dressing in pink jumpsuits rather than leather jackets. These four women are blurring the boundaries and breaking down stereotypes, both culturally and musically. “We have dreams” they say in album-closer "FUTURE", and you can bet your every penny they’re gonna make them happen, while being exactly who they want to be.