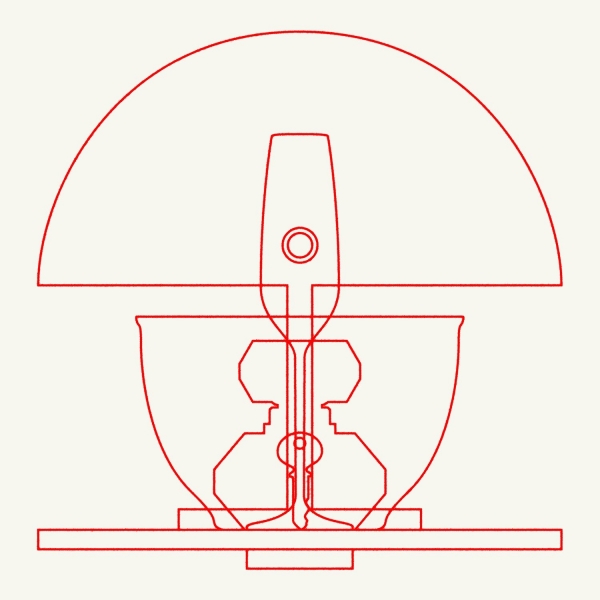 Montreal electro-composer Michael Silver, AKA CFCF, wowed those in the know around the globe last year with his EP Exercises. There’s still no follow up to his 2009 debut LP, Continent, though between then and now, we’ve had a fair few smaller releases – the next one to be released is his love letter to the mundane, Music For Objects. Wielding his minimalist electronica at brace of household items, he set to work to create music that embodied the essence of inanimate objects; it’s not the most level-headed approach to crafting an EP, but it’s a novel one nonetheless. It’s a bit of a gimmick, but as long as this is a one time thing, it works. Silver couldn’t coast on the idea forever.

‘Glass’ references not only glass as a physical thing, but also Philip Glass the composer. This is almost straight up minimalism – it’s more like art-music, something you appreciate rather than love. Laden with shimmering synths and twinkly pitched percussion, it chugs onwards ceaselessly, shining. It’s a very clean sounding track, and in that respect, Silver has done well to encapsulate glass. ‘Bowl’ is more abstract. Most people could probably have a stab at making a noise to embody glass, but a bowl? That’s a toughie. Silver slithers at a leaden pace compared to ‘Glass’, using panpipe-y synth bloops and Eastern piano keys to craft the bowliness the cut demands.

The EP focuses largely on rhythm. Melodies are sparse and more akin to ostinatos than actual hooks in a traditional sense. There are basic harmonies and fragments of tune, but there’s never anything you can whistle along to, and instead of acting as melodies, they really just take on another rhythmic role. It makes for a nice variation from other electronic music where rhythm duties tend to be performed by crunchy drum machines or plastic beats. Even when Silver does use drums, he makes them sound organic and lifelike.

He speaks in the press release of his inspirations: “ came to me kind of suddenly as I was watching this documentary by Wim Wenders about the fashion designer Yohji Yamamoto… It inspired me to look at the everyday objects on my desk and all about my apartment and outside on the street and see that there was something kind of inexpressible about them that I wanted to convey through music.” Silver also notes that it’s supposed to be a companion piece to last year’s Exercuses.

‘Perfume’ is a pretty successful attempt at what he’s trying to do. It’s a delicate, melodic piano-led piece, with soothing, swirling synth sounds. There are Oriental tones and shimmering drums that dissipate amongst crystalline chimes. It’s an exotic track, and a welcome break from the lengthy rhythmic monologue. ‘Ring’ also fits that bill. The opening arpeggios are fragile, comfortable and optimistic like a pirouetting ballerina; it lacks the same feel of the rest of the release. It’s a calming paean to romance, eternity and everything else that rings symbolise. It’s beautiful.

The EP, while home to a very interesting premise and copious technical perfection, lacks much charm outside of the scheme it was intended for. It’s difficult to imagine whacking this on your iPod and listening to it on a commute or in the background at a social gathering. However, Silver is adept at his craft. He’s created a substantial EP full of intriguing ditties made up from intelligent electronica, neo-classical minimalism and piano balladry, and for the most part, does just what he set out to do when he began planning Music For Objects. It’s intended to breathe life into everyday objects we take for granted. You made need a dash of imagination to bring those items into consciousness, but Silver helps the process along.