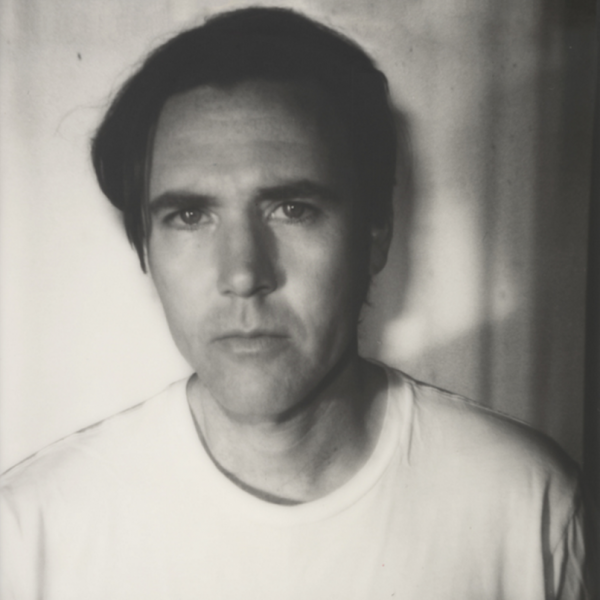 Nine albums in, Cass McCombs remains one of music’s great free spirits, continuing to blend sounds and draw from a host of genres at a point in his career when many equally prolific artists would be settling into an easy, comfortable niche. The resulting Mangy Love is an album that feels rich, fully realized, and delightfully eccentric. It’s the meatiest 12 track record you’ve ever heard.

“Rancid Girl” has the snarl and gallows humor of vintage Jack White. Its first ten seconds are a lifeless, limp acoustic ballad, before McCombs grows a spine in the form of barking drums and a violent, unceasing guitar riff. In that transition McCombs manages to do what thousands of artists have failed to in their own would-be tell-off anthems, and there’s an added level of humor because the song is about a 17-year-old girl, not an ex-lover who did him dirty.

It’s immediately followed by “Laughter is the Best Medicine”, a soft-spoken, thoughtful cut filled with unorthodox, Andy Shauf-ian instrumentation. There are horns, flute riffs, and a series of percussive fizzes and pops that add even more texture. The snippets of dialogue that pepper the track and echo McCombs heighten its surrealism.

From track to track pretty much the only music constant is the guitar, always intricate, always gorgeous, always at the forefront of the mix. McCombs isn’t a flashy platyer (though he does have a few signature moves) but he’s exceptionally versatile and makes the instrument do a million different things throughout the course of Mangy Love.

One minute he’s hamming it up with wah-wah effects and chickenscratch guitar on the mellow, jaunty disco of “Switch” (think Destroyer’s Kaputt), and the next he’s riding drawn out, dirt-stained chords into the sunset on the somber album closer “I’m a Shoe”.

McCombs’ ability to bounce from genre to genre aping sounds and styles is reminiscent of Father John Misty, and while he isn’t the same laugh-out-loud humorist, McCombs has a time-born wit and dry sensibility that creeps into his verses.

“Help me, help me to remember to forget / To forget what hasn't happened yet”, he implores on the opening of “Medusa’s Outhouse”.

The record also has its serious moments, too. Opener “Bum Bum Bum” has the dusty, road-weary sensibility of Kurt Vile and apocalyptic, Cormac McCarthy-esque lyrics describing rivers of blood in the streets. Once again, the guitar work is beguiling, but there’s a pervasive bleakness.

Missteps here are minimal, although the incongruity of “In a Chinese Alley” is a bit frustrating. The song has more urgency than most of Mangy Love, but it’s here that McCombs chooses to take his understated delivery to the fullest extreme. He speaks most of the verses and barely varies his pitch on the hook. This has the effect of emphasizing his guitar, but the track could’ve been better if he’d cut loose on the mic. He does so on “Low Flying Bird”, and it winds up being perhaps his best vocal performance on the entire project.

Listening to Mangy Love in its entirety can feel like an exhausting experience, but that’s only because McCombs doesn’t let his listeners settle into much of a comfort zone. There’s plenty of gorgeous, hypnotic instrumentation, but you don’t want to nod off and miss him splicing a frame of pure country or garage rock into the picture, that would just be a shame.

Mangy Love is a terrific, bizarre album made up of familiar parts rearranged into something new, unfamiliar, and offbeat. Or, as McCombs puts it on “Opposite House”, “The ceiling is on the floor / Floor in the refrigerator / What of the door? / It's there no more”.