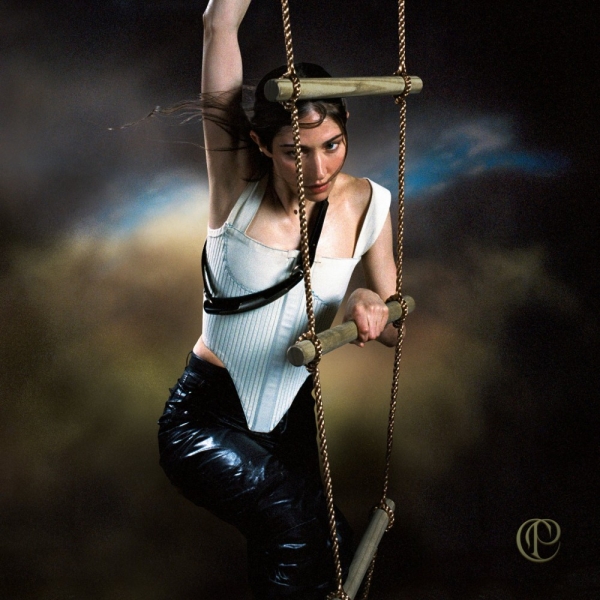 If you don’t recognise the name Caroline Polachek, you’ll almost certainly be aware of her musical output throughout the decade. Initially performing as the vocalist for synthpop group Chairlift, she effectively solidified her status amongst the burgeoning indie scene across three increasingly experimental albums, each receiving significant critical acclaim.

From this base, she went on to write and produce on Beyonce’s self-titled Grammy-nominated album and propelled herself into collaboration opportunities with the likes of Blood Orange, SBTRKT & Charli XCX.

At this point, to say that Polachek isn’t a proven musical export would be farcical; but it is with her newest release that she marks out her position as a singular, indispensable voice at the forefront of her generation.

Pang is a remarkable debut for the singer. Intoxicatingly distinct, it features executive production work from both British producer Danny L Harle, as well as Polachek’s own carefully regimented style. Additionally though, Pang also features added production assistance from the likes of Jim E Stack, A. G. Cook & Daniel Nigro.

Polachek has clearly drawn from a well of talented production talent but the results of her meticulous selection cannot and should not go understated. Each track on Pang feels cautiously constructed yet mindful of its own sense of space, as if each has been sifted through with a fine-tooth comb, with any imperfections rejected.

These are broad, expansive examples of modern indie pop, entrancing in their potential to effectively convey mood and ideas. "Shut Up" for example is a cavernous piece, equal parts seductive and bewildering, whilst "So Hot You’re Hurting My Feelings" has all the trappings and swaggering femininity of the best '80s pop pieces. In turn, "Parachutes" displays Polachek’s ‘Organic Autotune’ to euphoric effect come the album’s close.

This is to say that the excellence and consistency is so uniform across the album that any one song could feasibly have been released as a single and it still wouldn’t have betrayed the excellence of the project.

There are moments that feel surplus to requirement at times or run slightly too long but this is to be pedantic in the face of the album's successes. Particular congratulations should go to the effortless perfection of the single "Door" as well as title track, "Pang" both of which are consummate modern pop songs and testament to Polachek’s talents as a singer, songwriter and producer.

Pang is a remarkable debut album assured of its legitimacy and brilliance, one that should be celebrated for its shimmering beauty and the success of its authorial intent.