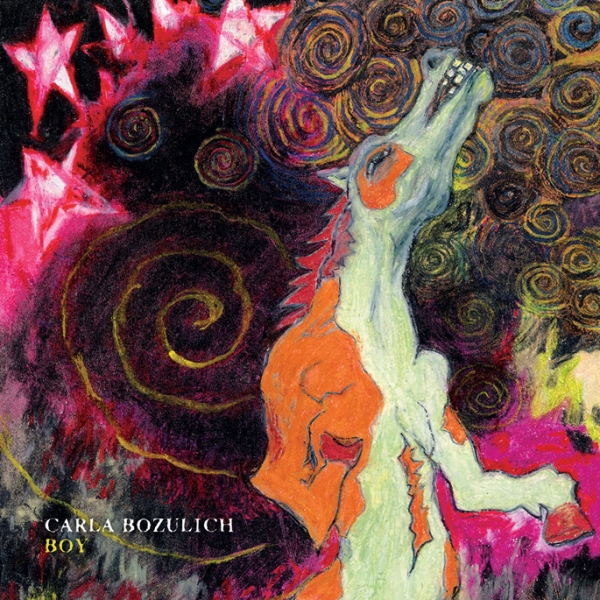 Carla Bozulich, and her moniker Evangelista, has produced some fantastic art-punk noise compositions over the years. Often dark, intense and eerily intimate, Bozulich has way of wrapping a dark cloud of poetry around beautifully haunting arrangements which may or may not subscribe to any standardized rules of music and often feature a minimal amount of instruments played in the most penetrating fashion.

This is typical of Bozulich’s offerings. What is not is her suggestion that her latest record, Boy, is her pop record. Perhaps. On the odd slight occasion hidden among layers of deconstruction and minimalism, one might audibly observe something related to a verse or chorus, but those rare inclusions hardly place the sum of all parts within the pop sphere, or at best, perhaps produce a slight blip on the outer most ripple. Boy, like many of her other albums, still has a way of violating the listener and pushing them into submission. It is not a record that simply exists in the background while life carries on unannounced. Boy commands attention and beckons you on a journey into the dark shapes in Bozulich’s self professed immortality.

“There ain’t no grave that can hold me down” sounds like something from a hip-hop song full of bravado and machismo. For Bozulich, it actually serves as a reminder that she is as fragile as the rest of us and that the human condition constantly longs for affirmation. This theme also manifests itself through a sexual tension realized in “One Hard Man” featuring an almost primal pulse that charges through a track that ends with the rather climactic and apocalyptic statement, “And the earth shakes”. The opening tracks confirm that this is experimental music teetering on a knife’s edge. But as promised, this is also a pop record.

“Don’t Follow me” flirts with more of an art-pop aesthetic with a chorus of the same name sung with one of Carla’s co-conspirators, John Eichenseer. It is a rather contagious moment in a record that often veers and swerves. “Danceland’ joins the fray with a loose return to a motif powered by a drugged out club experience where one is constantly “Spinning under the lights … it’s always night”. “Lazy Crossbones” plays like a pop tease with an extremely chill rhythm and keys that meander along while the listener expects that magical return to something familiar, which never actually materializes.

Released on the mighty Constellation label and referred to as Bozulich’s pop record, Boy is a far cry from her Geraldine Fibbers days when it comes something akin to a sing-a-long. The record really only provides a few momentary glimpses of recognisable pattern, which are expertly integrated into the overall demolition of her personal demons. In true form with Bozulich’s other solo efforts over the years, Boy is intense, intrusive, brutally honest, compelling and mature if not ironically titled; it certainly bears nothing in common with infancy.