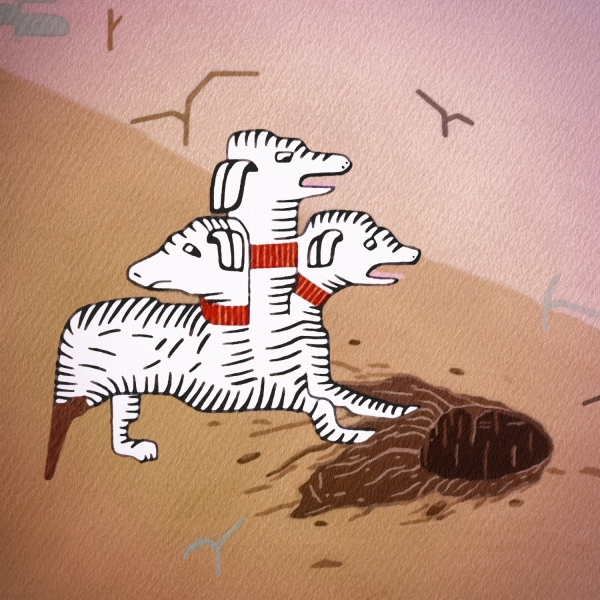 Re-emerging from a five-year hiatus, the Brooklynites fizz with undimmed hallucinogenic effervescence on a third album that could credibly pass as some warped relic issuing from a future civilisation.

Arone Dyer’s artificially distorted vocals vault through a sonically alien terrain, embracing a more electronic-oriented direction in lieu of the acoustic-centric art-folk that typified their earlier output. The duo’s namesake self-invented Buke and Gase instruments continue to resonate with a discernible depth, indicative of a consistency in eschewing conventionalism; a successful endeavour insofar that the outfit summon soundscapes steeped in a rich non-terrestrial ether.

Propelling beyond the math rock-leaning tonality of their sophomore offering, Scholars fluidly flits between subterranean gloom and cosmic scope in a fusion of melancholia and dread-tinged opulence. “Derby” and its grandiosely-wrought pulse triggers a sequence of oscillating off-kilter baroque melodies, with the peppiness of “Pink Boots” blurring into the brief vocoder-drenched Mars Volta-esque mystique that pervades “Temporary”. Sparkling synth-pop punctuates “Grips”, subverting Aron Sanchez’s chugging strings to conjure a dystopic languor, which persists throughout. The latter represents a liminality underpinning the album’s near forty-minute length, a lurking ambiguity that proves darkly hypnotic, unsettling but never dull.

The two-piece amplify an intent to reinvent and transfigure with this latest release; acknowledging pared-down origins, while exhibiting an evolving experimental zeal and sophistication. An urge to avoid being bracketed within a particular category has progressively become a cliché in and of itself. Dyer and Sanchez’s synthesis of the familiar with the new, however, revels in a disparate identity that both challenges and lulls. While not to be crudely termed genre-defying, it would be difficult to argue that the idiosyncratic sound of Buke and Gase can be easily defined.