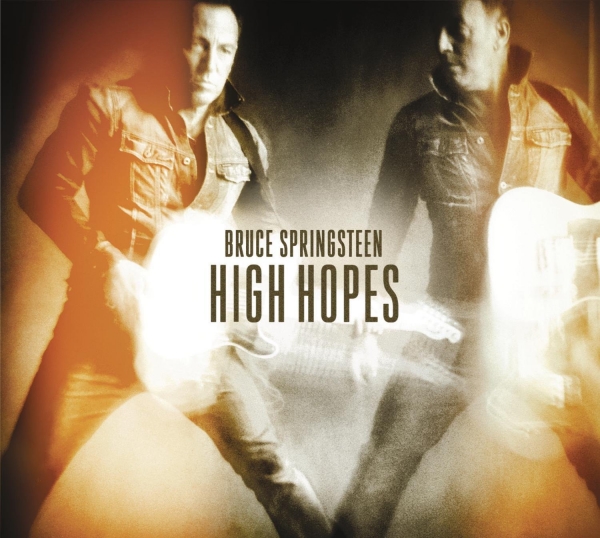 Bruce Springsteen’s 18th studio album comes across as something of a stopgap. It’s a peculiar assortment of odds and ends (including – gasp! – cover versions) which also features modifications of older tracks that will already be very familiar to fans of The Boss.

Leaving aside 2009’s uneven Working on A Dream, the bar has been set pretty high when it comes to 21st century Bruce. The Rising, Magic and Wrecking Ball all compare favourably with the late 70s/early 80s Glory Days. Producer Brendan O’Brien, helmsman of the noughties renaissance, is once more behind the mixing desk on High Hopes, but does it truly constitute a Springsteen album proper?

Well, not really. It feels more like a miscellany marking his rejuvenation after a rather uncertain spell in the 90s, as well as a timely memento of those still-spectacular live shows. Although the group has undergone major transitions over the last decade, we’re still waiting for the first Springsteen record that genuinely breaks from the classic E Street line-up, a legendary collective of musicians whose core membership first pooled resources almost half a century ago. Most of the songs on High Hopes date back several years, so keyboard player Danny Federici and saxophonist/E Street lynchpin Clarence Clemons both receive credits despite their deaths in 2008 and 2011 respectively. The E Street Band 2.0 is augmented by former Rage Against the Machine guitarist Tom Morello, who contributed to a couple of tracks on Wrecking Ball, played on the 2012/3 world tour, and features on more than half the tracks here. An unlikely alliance this may at first seem, although Morello has previously spoken at length of how Springsteen’s haunting Nebraska album represented a key reference point for RATM’s politically-motivated rap-rock.

This isn’t an album of musical surprises. The slow-burning “Dream Baby Dream”, originally by punk-era New York drum/fuzz organ proto-punk duo Suicide, was a staple of the Devils & Dust solo tour a decade ago. “High Hopes”, a boisterous version of Florida songwriter Tim Scott McConnell’s denunciation of “the excessive commercialization and commodification of society“ (according to Springsteen biographer Marc Dolan), is even older, having first appeared as part of the Greatest Hits sessions of 1995.

Even more recognizable is “The Ghost of Tom Joad”, the title track from Springsteen’s desolate 1996 LP and a stark appeal for social justice which has been performed live hundreds of time in its original unembellished form over the past twenty years. It’s now been extended to almost eight minutes for a robust full-band studio delivery with some flashy Morello pyrotechnics brought to the fore: sadly, the end product is rather a case of more is less. There are plenty of dispensable flourishes across the record; “Just Like Fire Would”, a straightforward upbeat pop-rock cover penned by Australian veterans The Saints is hardly a vital addition to the Springsteen canon, whilst Bruce turning the air blue on gangland yarn “Harry’s Place” just feels jarring.

This isn’t to say there’s nothing to recommend. ”American Skin (41 Shots)”, a pointed tribute to Guinean immigrant Amadou Diallo who was shot and killed by NYPD officers in the Bronx in 1999, is well known to fans after a live cut was made available on 2003’s The Essential compilation. A regular (and controversial) fixture at concerts during the climax of the E Street reunion tour in summer 2000, here it’s given an elegiac makeover containing echoes of Bob Dylan’s thematically similar 1975 track “Hurricane”. Other highlights include “Hunter of Invisible Game”, a reflection of mortality as the twilight years approach; “The Wall”, a sombre tribute to Vietnam veterans, and “Down In The Hole”, a melancholy remnant from The Rising recording sessions.

Now in his mid sixties, Springsteen has until now shown commendably little sign of slowing down since reaching pensionable age, either live or on record. In spite of its shortcomings, High Hopes will tide fans over until the next bona fide LP.