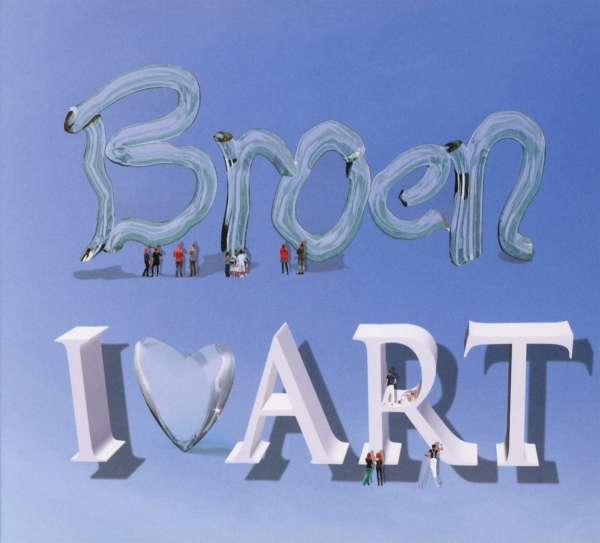 The sound of Norwegian five-piece Broen is distinctively and uncomfortably dystopian. The art-pop group’s debut record I <3 Art is filled to bursting with swarms of vocoders, rustling percussion and eery synthesisers. Their lively wall of sound cuts hard.

On each track of the short eight-song album, tunes are passed eagerly between vocals, synths, guitars, and even tuba. Synth-player Anja Lauvdal references Norwegian philosopher Arne Næss, saying that I <3 Art’s purpose is to realise happiness. The result is certainly a vibrant sound, which does not waver into the background amongst racks of middle-of-the-road guitar or indie music. Broen stand on their own two feet, and the result is an absolute cacophony.

Once a vocal melody is given enough space to take hold – often the only vaguely human feature of a track amongst robotic drumming and distorted tuba – a song lifts considerably. And there are interesting melodic ideas in here, like the sugary sweet vocal refrain of “Time”, or the charmingly knotty guitar riff in “Pride”. You just have to listen pretty carefully to pick them out from the gnarly web of sounds that make up the rest of I <3 Art.

More often than not, though, these melodies are lost underneath too much clattering. In live shows this works in Broen’s favour – the group are a marvel to look at, dressed in psychedelic costumes, and bopping along to their own working of hip-hop beats and futuristic funk. On record, any performative value is lost and the result is an album of innovation, excitement, but ultimately too much noise.