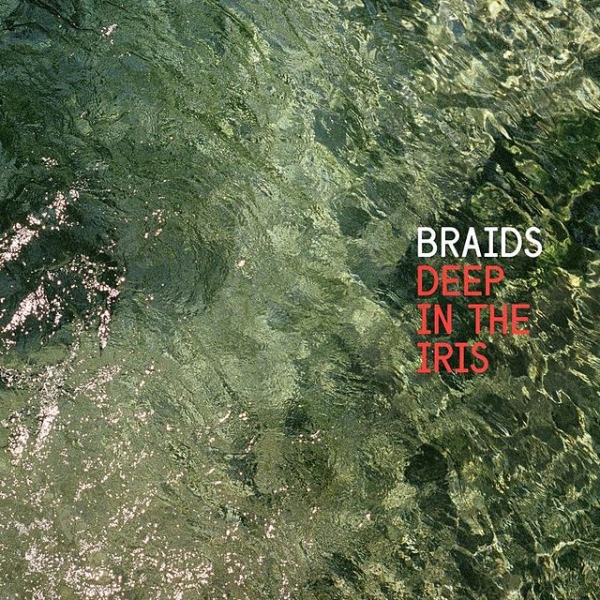 Your average pop hook touts some precarious ties to intimacy: somehow, sweeping testimonies about love rarely feel vulnerable when they’re swathed in big beats and layered harmonies. With their second record, 2013’s Flourish / / Perish, Montreal’s Braids edged closer to a synthpop sound while still managing to keep listeners at arm’s length. Tracks like “Freund” and “Amends” were spacious and austere, never once revealing any emotional investments, forgoing pain and pleasure in the service of a stoic soundscape. The trio’s newest effort, Deep In The Iris, sees them taking a warmer and more accessible approach, and adopting the confessional lyrics to match.

The shift in the band’s ethos isn’t immediately obvious—album opener “Letting Go” is an icy and controlled cut that relies on rhythm and repetition to build a familiar tension. Braids’ music has always quivered with potential energy, never wholly released but instead sublimated into a cohesive vision. Their first record, Native Speaker, is a showcase of pure craftsmanship, with most songs expanding over five minutes or more. Critics were quick to note the rambling, experimental influence of early Animal Collective. Now, there are only faint traces of rock instrumentation in Braids’ setup - in places, Deep In The Iris makes a structured and unabashed appeal to pop sensibilities.

“Taste” is a frank and transparent meditation on a toxic relationship. Here, singer/guitarist Raphaelle Standell-Preston details an ambivalent push-pull dynamic and its effect on her perceptions of self, declaring: “we experience the love/that we think we deserve/and I guess I thought I didn’t need much from this world”. Though she admits her attraction is warped, she nonetheless asks her lover to grab her by the throat and “spit all your hurt on me/so I can feel my reach”. This is a new level of transparency for Braids, with a narrative taking centre stage and asserting dominance over the song’s structure. Standell-Preston’s voice is versatile, and her ethereal falsetto has long been a focal point in the band’s music, but her words have never been quite so prominent.

It is similarly difficult to ignore the message of lead single “Miniskirt”, which recounts a woman’s painful lived experience of objectification and her bid for bodily autonomy. Initially, the song is a simple fusion of piano, synth and vocals - packing all the punch of a power-ballad. Its lyrics highlight the hypocrisy in our culture that glorifies men as “Casanovas” and “lotharios” and lets them to feel entitled to women’s bodies: “it’s like I’m wearing red/and if I am, you feel you've the right to touch me/'cause I asked for it/in my little miniskirt". An instrumental interlude soon gives way to a crescendo driven by the addition of a beat. Tensions only build in the latter portion of “Miniskirt”, and though there is never a complete sense of release, the song introduces a newfound element of catharsis to Braids’ repertoire.

Deep In The Iris feels like something of a sidestep for the band, a digression that toys with candour while still being dominated by a carefully calculated instrumental palette. Overall, their song structures are more concise than they’ve ever been, and they demonstrate an increasing willingness to draw from popular paradigms (see: the Drum n’ Bass drop in “Blondie”). To top it off, “Sore Eyes” is the closest thing to a danceable track that they’ve ever produced, and the hook in “Warm Like Summer” is so immersive it’s intoxicating. This album, like the two that came before it, is impressive in its textural appeal, in its alluring and consistent combination of sounds and influences. However, it’s difficult to tell if the record’s narrative-driven tracks are simply outliers, or first steps in a new, socially conscious direction.

You get the sense that Braids are a group still trying to figure out the best way to harness their myriad musical strengths. While their new radio-friendly incarnation can boast a more universal appeal, it seems unlikely that this will be their finest (or final) form.