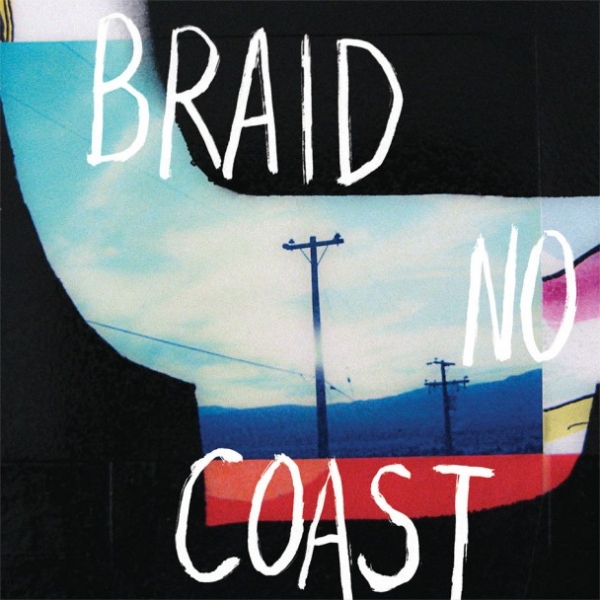 There’s been a massive influx of indie-rock/emo/post-hardcore reunions of late. Maybe some of these loose-fitting, wide-netted genres have just come of age for such things, but it’s been largely a more-miss-than-hit affair. Last year, My Bloody Valentine and Daft Punk struck back after long hiatuses to nearly universal acclaim, but we’ve seen plenty of more divisive “reunion” efforts from acts like The Pixies, Iggy and The Stooges, The Get Up Kids and plenty more (not to particularly knock any of those albums—the point being that their juries were more split). The key hurdle seems to be nostalgia. Most, if not all, of these albums attempted to strike a similar chord to those they’d struck back in the ‘90s or early ‘00s, yet some simply couldn’t relive the magic quite as well as others, leaving their attempts sounding like forced reconstructions. Thus, it’s refreshing to hear No Coast, Braid’s first album after a 15-year split, not just sounding but also feeling the same.

There is one caveat, but it’s an easy hump to traverse. The band’s once fuzzy production now sounds crystal clear down to each individual element (fans of latter-day Hey Mercedes—which featured three of Braid’s four members, sans Chris Broach—have a general idea of this more polished sound). This brought forth a surprising realization: Chris Broach, when singing, sounds strangely similar to Blink-182’s Tom DeLonge. Of course, his frequent shouts—a trademark of early Braid—sound the same as they ever did (and if his emphatic background “Yeah!” during the outro of “Climber New Entry” doesn’t send nostalgic shivers to your very core, then I’m afraid your heart’s just not in this).

Production aside, Braid sound the same as they ever did. The dueling guitar riffs; the rowdy-yet-perfectly-synchronized chord progressions; the bright, vivacious vocal lines and, perhaps most importantly, the extensive attention to jaunty rhythmic detail as the real core of every song—all of the band’s signature elements have been taken down from the shelf, dusted off and played like new.

The only noteworthy difference seems to be some matured lyricism. “Matured” being a typically nasty word to use in reference to music (it always seems to insinuate either an absence of youthful exuberance or the excessive use of piano), but Braid have managed to adjust their subject matter without sacrificing their attitude in return. From anti-alcoholism anthem “East End Hollows” to existential Chicago-vignette “Light Crisis,” Braid cast shade on past follies, but also seem to take their nostalgia with a grain of salt. The olden days of “kissing champagne bottles to death” and “trying harder to be martyrs” seem to be met with a wistful acceptance rather than any real condemnation.

After all, it’s an era long gone. It was 1998 when the band’s seminal Frame & Canvas came out—just one year before their split. At the time, it seemed as though Braid had reinvented the wheel, as nothing before had sounded quite like it. And while No Coast is more resurrection than reinvention, hearing new Braid now after 15 years without drums up the realization that nothing has sounded quite like it since.