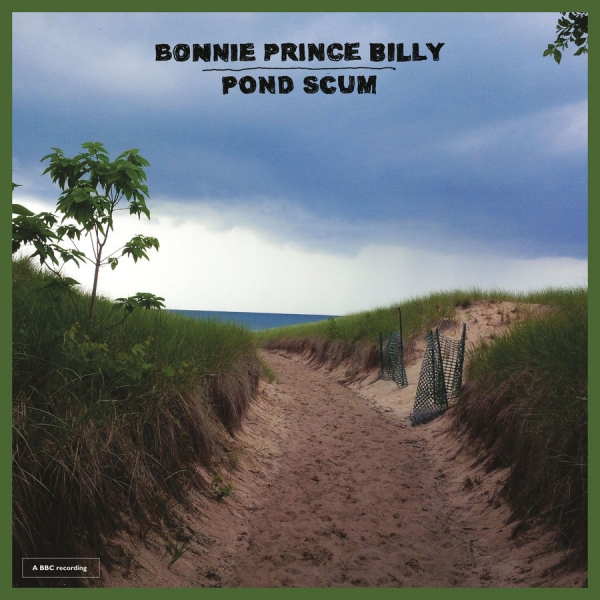 Of all the performers affecting an American folk troubadour persona in recent memory, Will Oldham - Bonnie “Prince” Billy - is among the most convincing. He has always sung with that requisite voice of the hybrid oracle/everyman, and on Pond Scum, a collection of previously unreleased John Peel sessions, his prophetic bent is laid bare.

He isn’t necessarily preaching: there isn’t any fire-and-brimstone conviction uniting the songs here. Rather, they’re bare-bones ruminations heavy with the weight of Oldham’s subject matter. Some, like “When Thy Song Flows Through Me”, resonate like solitary hymns. And there’s palpable sorrow in Oldham’s solo delivery. If sung in many voices, the track could assume the exalted nature of communal worship, but sung alone it’s simply one man’s reflection on the relationship of faith to mortality - deeply ambivalent and uneasy. “When thy song flows through me/then health is sweet”, he intones just above a whisper, “sickness a dream/sickness a dream”.

The material on Pond Scum is reportedly derived from six Peel Sessions recorded between 1993 and 2001, though any shift in Oldham’s timbre here is imperceptible. The character of the album seldom shifts beyond the elegiac, though “Arise, Therefore” - a relic from his days as Palace Music - features some welcome, ramshackle bluegrass harmonies. The rest of the record is painstakingly minimal, with Oldham’s voice serving as an anchor in a wash of amorphous acoustics.

The album begins with a sedate rendition of “(I Was Drunk At The) Pulpit”, which he first recorded in 1993 as Palace Brothers. In its original form, the track is a kind of skeletal, mid-tempo ballad given momentum by some metronomically-strummed electric guitar chords. Here, “Pulpit” is belaboured: Oldham’s narrator assumes a reticent posture, labouring over his diction, letting his words linger precariously. His is the archetypal tale of a righteous man doing wrong despite himself - he’s not God-fearing in his repentance, but quietly confessional. On “Death To Everyone” he sings again of his temptation: “And you/in black dress and black shoes/you do/invite me under”. But death is as human an experience as lust. With this in mind, Oldham asks: “strap me on/and raise me high/’cause buddy I’m not/afraid to die”, as if no sensual pleasure would be quite so exhilarating if life were infinite.

This is certainly no pedestrian ‘collector’s only’ tour through a comprehensive back catalogue. Pond Scum offers a wholly cohesive, albeit not revolutionary, insight into exactly how Bonnie “Prince” Billy manages to be a vibrant (and relevant) folk musician long after all the paths the form can wander have been trodden. The hallmarks are there: pining and anguish and death and God.

Even Oldham’s quotidian observations (see: “Trudy Dies”: “I haven’t known sorrow for so many years/with no foe to fight/death’s all I fear”) are suitably plaintive. “Authentic” is largely a meaningless term, but there’s an evident sincerity to Bonnie “Prince” Billy on these tracks which belies his fictitious persona. He manages to include the most incongruous influences and source materials - the record features a cover of Prince’s ultra-pious “The Cross” - within the character’s remit in a believable way. When he sings, “don’t cry/for he’s coming/don’t die without knowing/the cross”, with his pitch all wild vacillations - all peaks and troughs - he sounds as though he’s drawing from a storied oral tradition.  This is the Will Oldham effect, effortless and timeless, a glorious piece of character acting.

Regardless, Pond Scum will not stand out in the grand scheme of Oldham’s releases. It doesn’t break ground so much as it affirms it once again. It doesn’t stride forward, but drifts comfortably, assured of its quality. Undoubtedly, Bonnie “Prince” Billy aficionados will have plenty to pore over, but, ultimately, the record is not among his most dynamic or engaging. Fans of Oldham pre-BPB will be presented with a wealth of nuance and points of comparison, though first-time listeners would likely be alienated by its understated sound and self-referential motifs. More than anything else, this is a page in Oldham’s encyclopaedic discography — one which collects his thoughts on a righteous, vengeful God, and one of His inexorably flawed creations.