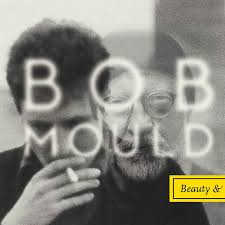 ​Having first risen to prominence as the lynchpin of alt-rock titans Husker Du, Bob Mould is, if not quite an unsung hero, certainly deserving of a little more recognition than he is often afforded by the casual music fan. His band was one of the most vital acts to emerge from the creative hotbed that was the American college-rock in the 1980s, seamlessly combining the energy of hardcore punk with impeccable pop nous and eventually proving to be a huge influence on the grunge movement that exploded in their wake. Although the likes of REM and The Replacements received far more commercial success, Husker Du remain one of the scene’s most enduring groups. Since their dissolution in 1988, Mould has continued to produce music of a consistently high standard. His latest solo album, Beauty & Ruin, does not break from this tradition,

The album opens with “Low Season”, a brooding, mid-paced number that somehow manages to successfully combine the incongruous elements of brash, almost Oasis-esque stadium rock riffs and subtle, considered vocals before breaking into a massive, cathartic middle eight. This slightly unexpected beginning is followed by “Little Glass Pill”, a far more familiar-sounding song for long-term Mould devotees, all thrashed powerchords and howl-along melodies. Much of this album’s best material sticks to this well-worn formula, coming across as more like an update of Husker Du’s sound than the soundtrack to their frontman’s midlife crisis (Pixies, take note). The record is fit to burst with poppy punk (NOT pop-punk) gems; “I Don’t Know You Anymore” and “Fire in the City” are particularly exhilarating, and “Forgiveness” pulls off the impressive feat of avoiding cheesy sentimentality despite the appearance of plaintive acoustic guitars and lyrics like “I’ve come to you to ask you for forgiveness… I guess I should stop playing this stupid game”.

It is not all perfect. Here and there, Mould switches onto autopilot and ends up filling up dead space in songs with half-arsed, Foo Fighters-ish powerchord passages, and the less said about the awful AOR dud “Let the Beauty Be” the better, But these moments are few and far between, with the bulk of the album consisting of straightforward, accomplished rock songs with enough muscle to anchor their poppy choruses and prevent them from floating off into Green Day territory. Mould has been at this for thirty-five years now, and it’s heartening to see he is showing no signs of slowing down any time soon.