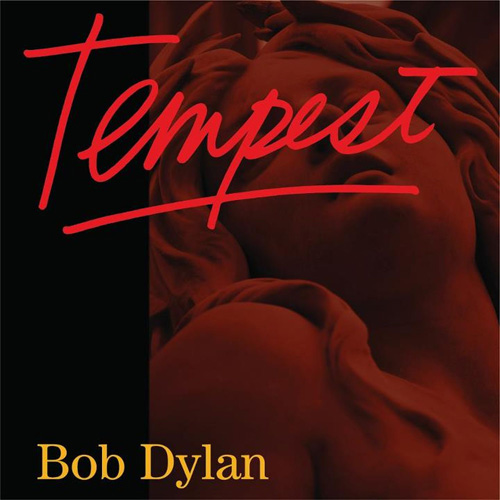 In a recent (and rare) interview, Bob Dylan has a go at his detractors. Which is surprising: there’s not a lot of them around.

Now on his 35th studio album, the songwriter responsible for ‘Knockin’ on Heaven’s Door’, ‘Like a Rolling Stone’, ‘Blowin’ in the Wind’ and a gazillion other evergreens which played a pivotal role in moulding rock ‘n’ roll into the expressive art form it is today, is a bona fide Legend.

For the most devoted followers, this means placing Dylan on a very high pedestal indeed. Every half-hearted latter-day album cut and uneven live show ends up being dressed up in the finery of genius, whilst each reluctantly mumbled utterance from the Master is analysed for hidden meaning. You’d half-suspect that the bizarre Christmas in the Heart (2009) – syrupy season’s greetings wheezed in a voice that brings to mind the unkempt bark of Tom Waits doused in vinegar – was put out mainly to test the limits to which Dylan’s most overly enthusiastic appreciators would go in their superlative-saturated efforts to shower his every move with lavish – sometimes unearned – praise.

At its best, Tempest goes some way towards proving that Dylan’s keenest cheerleaders might just have a point. It’s not quite up there with the best of Dylan’s recent(ish) batch of records: those remain the blues-blasted lamentations of 1997′s Time Out of Mind, and Love & Theft, a ferociously energised dose of reverential rip-offs and mischievous mimicry of pre-rock American music from 2001. It is, however, a million miles more inspired than 2008′s light-hearted (or just plain lazy?) Together Through Life.

Opener and first single ‘Duquesne Whistle’ – equipped with an inescapably catchy intro – keeps things light by indulging in as hoary a staple of American music as a train song, but we’re soon headed towards compellingly dark terrains. The sparkling ‘Soon After Midnight’ starts as a stereotypical latter-day Dylan ballad, a selection of sugar-coated phrases set to a borderline corny rhyming scheme that could have been written at any point since the ’30s, but proceedings turn deadly when a love rival enters the frame. “Two-Timing Slim/Who’s ever heard of him?/I’ll drag his corpse through the mud”, the song’s protagonist hisses, adding a sinister edge to the sweet nothings cooed earlier.

It’s a trick worthy of a master songwriter, and Tempest‘s still warming up. ‘Narrow Way’ straddles the kind of hopped-up Chicago blues bounce that Dylan’s been peddling for a decade, but there’s no hint of coasting on clichés in the lyrics, a menacing litany of withering put-downs directed at a foe who’s strayed so far from the path of righteousness that “even death has washed its hands off you” in a world accelerating ever faster towards the end times. ‘Long and Wasted Years’ – a resigned glance at a dead marriage – and ‘Pay in Blood’ (“but not my own”), a gnarly outburst of vicious vitriol aimed at, amongst other things, “another politician pumping out the piss”, riding a downright funky bar-room rock beat, are both superb. ‘Tin Angel’, a hugely impressive, blood-splattered tale of betrayal, vengeance and murder, finds Dylan having a go at crafting the kind of timeless folk song narrative à la ‘Delia‘ (covered on 1993′s wonderful World Gone Wrong) that first inspired him – and succeeding.

Tempest is by no means perfect. The repetitive sing-song melody of the nearly 14-minute title track’s epic – 45 verses! – recounting of the sinking of the Titanic makes for somewhat monotonous listening; as impressive as the storytelling skills on display are, some of the mystery, sly humour and killer lines that propelled Dylan’s last attempt an extended narrative, the hypnotic ‘Highlands’ off Time Out of Mind, wouldn’t go amiss. Dylan’s excellent road band, strengthened with Los Lobos multi-instrumentalist David Hidalgo, are disappointingly polite here: they could’ve been given a longer leash. Dylan’s ravaged voice, which by now often resembles the croaking of a crow, albeit one with an impeccable sense for phrasing and timing, is a perfect tool for imbuing gravitas and a compelling sense of danger and decay into these dark and crooked dispatches from a troubled sphere halfway between the more immoral ends of reality and the mythical, murderous, disaster-prone world of American folk song, but by the concluding ‘Roll On John’, those famous nicotine-stained pipes are cracking more with road-battered wear and tear than emotion.

The song itself is a gem. Perfectly balanced between sentimentality and raw sorrow, this ragged tribute to John Lennon is the last thing you’d expect from Dylan: unambiguous, unguarded, one from the heart. Obsessives will no doubt be analysing Dylan’s motives for saluting his friend and, undoubtedly, creative rival (“slow down, you’re moving way too fast”) in song now, 30-odd years after Lennon’s assassination. But really, who cares? After 50 years and 35 albums, the man officials know as Robert Zimmermann still packs the capacity to surprise. Surely that’s enough reason to celebrate.

“I ain’t dead yet, my bell still rings”, Dylan croaks on ‘Early Roman Kings’, a venomous update of the ‘Mannish Boy’/I’m a Man‘ blues riff. It’s no empty boast.