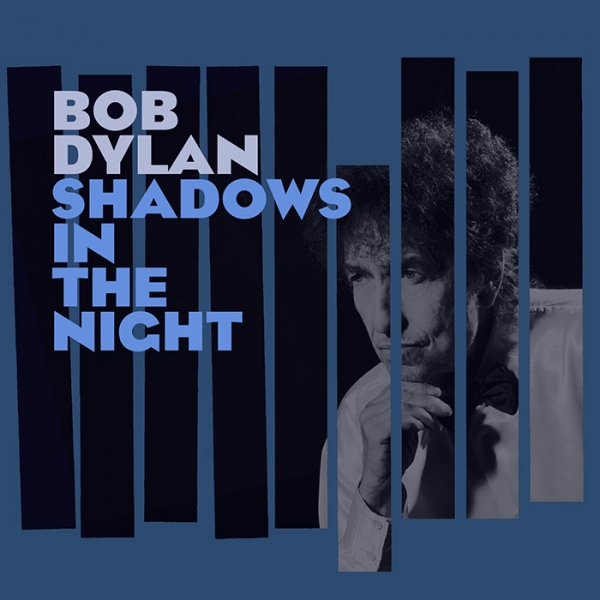 During the pre-release publicity drum-up, Bob Dylan described what he and his long-term touring band are up to on this hushed collection of 10 tunes associated with Frank Sinatra as uncovering, as opposed to merely covering, these timeworn fixtures of the Great American Songbook.

It sounds like the sort of randomly oblique pronouncement an artist with an army of devotees dedicated to analysing his each and every pronouncement might be drawn to after five and a bit decades in the spotlight. However, it turns out Dylan was being unusually illuminating. By power-hosing these standards clean of the string-soaked syrup they've been drowning in for years, the songs are allowed to breathe, to reveal the raw hurt that's been buried under bombastic arrangements and the technically excellent yet lifeless, smug delivery of the contemporary titans of traipsing down the middle of the road.

With only Dylan's regular touring band on board (a trio of brass enters the frame occasionally but keeps a respectful distance, almost as if worried they're disturbing the intimacy of the combo's performances), recorded live in studio with no overdubs or piano, the only hint of strings arriving courtesy of Tony Garnier's bowed double bass, these songs are dug up, rejuvenated and revved up for active hit-'em-where-it-hurts service. At its best, it's not that difficult to imagine these minimalistic arrangements - with Donnie Heron's stunningly mournful pedal steel hanging over the proceedings like a strangely welcome drizzle of tears - being close to what these cuts sounded like when they first emerged from their composers' Tin Pan Alley pianos back in the bygone days when crooners reigned supreme and popular songs sounded like slow-burning, solitary odes to loneliness, disillusionment and borderline fatalistic insight into human failings. Had their voices cracked and wheezed like they'd seen way more of the open road than is entirely healthy, that is.

Although still a potent tool in studio, Dylan's voice is by now a disaster-prone liability in live setting, where it routinely collapses into a guttural, tune-dodging bark that makes Tom Waits sound like an angelic soprano. Instead of butchering this challenging material, however, the rough edges, along with the care and conviction Dylan pumps into every second of, for example, "I'm A Fool to Love You" (up there in cruel-love stakes with Dylan's own "Love Sick") elevate material that's too often written off as bland muzak into high drama. The fact that the material is drawn from the more melancholy and less obvious end of the crooner catalogue helps. As entertaining as it might have been to hear Dylan's battered pipes wrapped around the swagger of, say, "New York, New York" or the sweet nothings of "Something Stupid" (with a suitably inappropriate duet partner in tow), the time's toll evident in the botched high notes and audacious vocal leaps that don't quite land safely turn out to be perfect accompaniments to the mature themes of passing of time and regret over missed opportunities that ain't ever coming back that characterise tunes such as the oft-covered "Autumn Leaves", a devastatingly sad song all too often tossed off like it has no meaning whatsoever beyond a cosy prettiness.

That said, Shadows In The Night slides down a bit too easy as the material becomes more carefree and breezy; it's easy to see the lure that the hopped-up passion of rock 'n' roll must have had next to the unshakeably suave smoothness of "Where Are You?". The perpetually twilit, gently swaying slow & low templates risk becoming a bit monotonous, too. Just when the prospect of easy listening raises its undemanding head, however, the majestically dramatic finale arrives with the album's one truly masterful moment. "That Lucky Old Sun" has been sung beautifully before, but 73-year old Dylan's voice provides just the right amount of grit to this beyond-tired lament of thankless toil; the voice is wavering and worn, but the peerless phrasing and intonation, making every syllable and intake of breath count, conveys the song's fathomless world-weariness in a peerlessly convincing fashion; anyone who claims Dylan can't sing should be forced to listen to this. Repeatedly, until they recognise the error of their ways.

There are points during Shadows In The Night when it feels like Dylan's referring a bit too readily to an oft-thumbed script to act out the role of a classic, romantically doomed crooner. By leaving behind the magical smoke-filled saloon where the bell for last orders never tolls, early mornings are for the perpetually unhip and love is an inevitably doomed concept that most of these tunes reside in and facing the real world where life oozes with struggle and strife, "That Lucky Old Sun" sees Dylan totally inhabit and claim ownership of a song in a way that's genuinely moving. At times like this, the initially mildly baffling concept of Shadows In The Night (nothing can be too weird on Planet Dylan after 2009's festive album Christmas In The Heart) makes perfect sense: this album works neatly as a companion piece to 1993's superb, equally downtrodden folk/blues solo set World Gone Wrong, which explored the rawer side of the pre-rock 'n' roll popular music that's informed Dylan's albums since 2001's mischievous Love & Theft. That Shadows In The Night is almost as convincing is a welcome reminder that for all his understandable plaudits as a poet and songwriter, the latter-day Dylan is primarily a protector and reviver of arcane American music traditions - and, above all, a genuine vocal stylist.