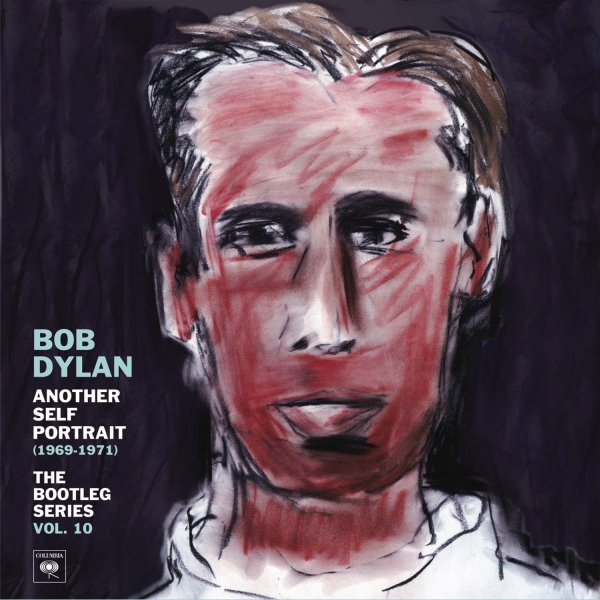 In 1969, Bob Dylan was God. He himself wouldn’t look for a Lord until 1978 and wouldn’t inflict this transformation on his public until 1980’s ‘Slow Train Coming’, but millions felt they’d found their religious leader, their icon, their saviour in the cracked voice of the Duluth native’s poetry, his deceptively tuneful modern folk music and rousing, personal political anthems.

By 1970 Bob Dylan was something of a joke. Lambasted by critics, his public baffled, his label unsure and he himself keeping quiet on the subject, Self Portrait attempted and briefly succeeded in what would prove to be ultimately impossible – to shatter the myth of Dylan as the spokesman of a generation.

A double album of covers, traditional standards and throwaway live cuts mostly performed in the put-on country croon of Nashville Skyline, many of them songs that Dylan admitted himself were just jams he and his band would use to check out a studio and get their sound right, Self Portrait was barely worthy of note in it’s original guise, even as esoteric cultural ephemera. Dylan, it’s rumoured (and he’s even said as much) released this record in order to escape his fame and put an end to his deity status.

So here, in the 10th of his Bootleg Series (the best of which, Volumes 1-3 stand as probably the most jaw-dropping set of archive material in musical history) Dylan has chosen to give us, for the most part, the outtakes of that album of asides, the shoddy versions of what Dylan intended to be a shoddy work. The off-cuts of the cast-offs if you will. You saw this coming, one would imagine, but with head-slapping inevitability it’s almost indefinably brilliant.

Where the other tenets of the holy trinity – Bruce Springsteen and Neil Young - have always been in and of rock and roll, serving it, taking part in it’s heritage and projecting into it’s future, Dylan is wise to that. He wields music like a knife, a hammer, a gun, a lover. Dylan uses music to create great, vertiginous statues to himself, mansions of glory dedicated to intellectualism, pyramids of sadness, vast, ocean-spanning bridges of poetic verse. The form that we’re all awed by is just that to him – another form, a means of expression and here, over 35 tracks that floated feather-like to the studio floor back in 1970, Dylan assures us once again that his most inconsequential work is leagues ahead of what many will spend a lifetime attempting to perfect.

So while he treats tradition like a trowel, songs like a spade, he wields folk classics like ‘Railroad Bill’ in a way that makes you believe Lonnie Donegan never touched the thing, that the ‘Ride, ride, ride” refrain of the chorus is, somehow, Dylan’s own creation (well it’s at least a marvellous melodic variation). You’ll believe that Charles Badger Clark’s ‘Spanish Is The Loving Tongue’ never understood how sad it was until Dylan rolled “Mi amor, mi Corazon” around his downward pointed mouth; that New Morning’s (there are also a few takes here from ‘Nashville Skyline)’Sign On The Window’, newly replete with orchestral swells and trills is, rather than being Friends fans fave Dylan tune, actually among the best of his wistful love songs, the peak of his skills at a time when he’d really decided to sing, to use melody, another tool in his kitbag of creation.

While many choose to see this period of Dylan as having less impact than his previous, seismic shift work of the sixties or his heart-screaming Blood On The Tracks ‘return to form’ in ’75, even the slightest trifle – the wordless ‘Wigwams’, the collapsing, silly ‘Country Pie’ (for some reason resurrected live in the early 2000’s) the self-parody of ‘If Dogs Run Free’ is a succulent delight.

When something really strikes you it’s like fucking lightning – ‘Days of ‘49’ is a bellow from the pit of the stomach, ‘This Evening So Soon’ a magical sing-song tragedy. It’s mighty what this guy managed with a shot voice and some scratchy guitar playing eh? That’s to underplay the magic of this thrown-together instrumentation though – the occasional rambling piano line, girl-group vocal harmonies, that high toned harmonica, a string sweep here and there. You can practically hear the lineage of singer songwriter tropes that followed him being birthed, for better or worse.

So in 2013 Bob Dylan is still God for his many hardcore followers, a living legend who despite the uneven nature of his performances continues to fill out arenas worldwide, continues even to sell new recordings in relatively large quantities. Yet, as with Springsteen and Young we all know the true, eye-blinding magic is buried somewhere in the bronzed past. This album opens up the treasure chest and allows you to marvel. His disposable notions turn out to be consistently worthy of such regard.