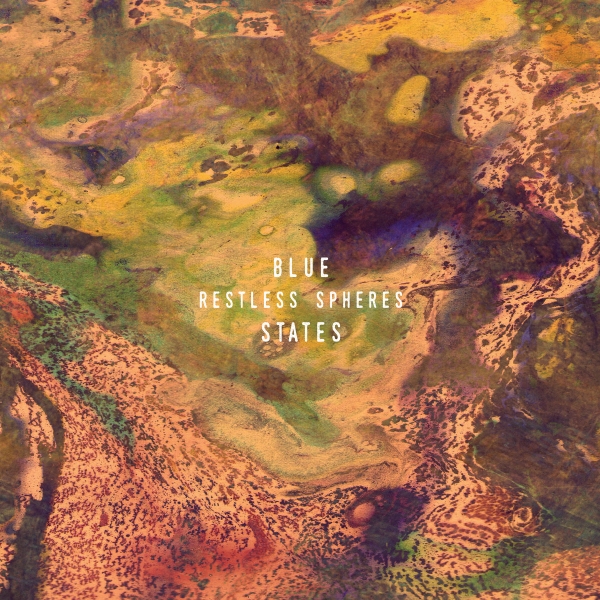 Anxious expectations may have been needling the back of Andrew Dragazis’ mind at times when he was writing the songs that would make up Restless Spheres, but the album’s creation was far from hurried, and its pacing is finely controlled.

Closing track “Hiatus” directly addresses with its title what Blue States have been up to since the 2007 release of their last full length, First Steps Into…, and the B-sides collection that followed in 2009. An extended pause coupled with the onset of fatherhood is enough to sideline even the most motivated, and Dragazis’ patience and persistence (the title track, for example, dates back to 2011) is reflected in the record’s temperament. Restless Spheres floats self-contained, a time-release capsule of different soundtrack-hued atmospheres dissolving in a calmative electronic bath.

Lined up with the rest of Dragazis’ discography, this album most closely resembles his debut, Nothing Changes Under the Sun. That album was fueled by cinematic influences -- really, his whole body of work has been -- in a way similar to David Holmes’ This Film’s Crap Let’s Slash the Seats from five years prior, but chilled out, with all the pre-millennial tension released. Dragazis still knows how to hold back, but Restless Spheres doesn’t try to conceal its more ambitious sense of beauty.

The acoustic-guided “Vision Trail”, trimmed with poignant strings and wordless vocal effervescence, relishes it even. Laid back moments like “D-Day” and the title track still have their own moments of elevation. A few different guest vocalists appear throughout the album, becoming integral to the progressing, varied ambience. “Noodle” and “Cable Ties” sway to a post rock rhythm like Godspeed You! Black Emperor scoring Lost in Translation.

Restless Spheres never settles on one kind of terrain for long, but it exudes the assurance of an artist who has explored a range of styles over time and found his consistency among all of them.