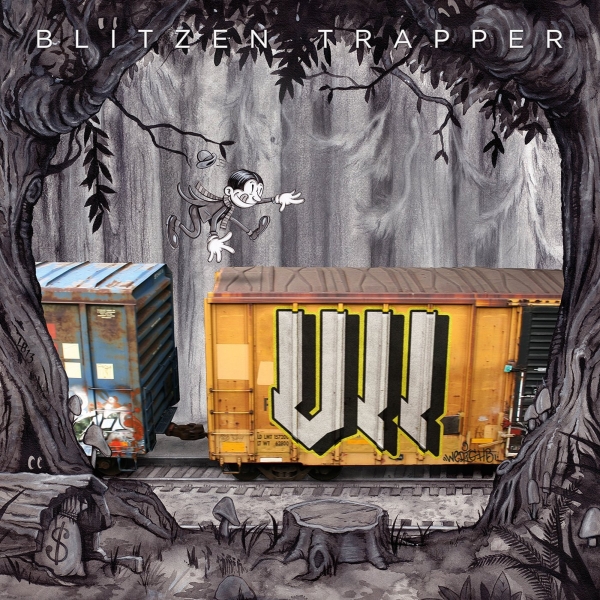 What immediately springs to mind when you think of Portland, Oregon? The natural majesty of the Pacific Northwest? The city’s status as unofficial US alternative culture epicenter? ‘Put A Bird On It?’ A bunch of deep-fried roots rock obsessives is not perhaps the first thing you might associate with the place.

Having made their name with defiantly old-school Americana, you get the feeling that Blitzen Trapper are rather less concerned with microbreweries and fixed-gear bikes than the denizens of Portlandia. Blitzen Trapper aren’t about fads, or fashion, or the vagaries of modern tastemakers. Nope, Blitzen Trapper all about keeping it real.

VII is the quintet’s seventh studio album and their debut for Vagrant Records/Lojinx after leaving Sub Pop. Concessions to the contemporary are in short supply opener ‘Feel The Chill’ commences with the sound of someone flipping through an AM radio dial, a proud salute to the pre-digital revolution era.

Lyrics about pick-up trucks, porches, deer hunting and the Devil are all delivered with a straight face. Crooked roads, it turns out, tend to lead ‘nowhere.’ ‘Booze’ serves as an inevitable rhyme for ‘lose.’ You could make a decent attempt at playing Country & Western Bingo along to VII.

Still, it’s mostly convincing stuff. Vocalist Eric Earley adopts a Bob Dylan-style Talking Blues inflection when describing the ‘lost souls and strangers’ on ramshackle swamp-pop groove ‘Oregon Geography,’ and stand-out ‘Ever Loved Once’ blossoms from an understated elegiac opening into a rollicking singalong. The swaggering ‘Shine On’ is a Screamadelica-form fusion of blues, gospel and acid house, as befits its buoyant title. But VII isn’t just a shrine to the mid 70s classics. Crisp organ fills lend ‘Thirsty Man’ an edge, whilst there’s a funk flavour to ‘Neck Tatts, Cadillac.’

The whole record is probably best encapsulated by ‘Drive On Up’, a good-time rocker in which Earley promises to “drink a toast to the Southern past”. Blitzen Trapper are unabashed traditionalists, and they’re not shy about letting you know it.