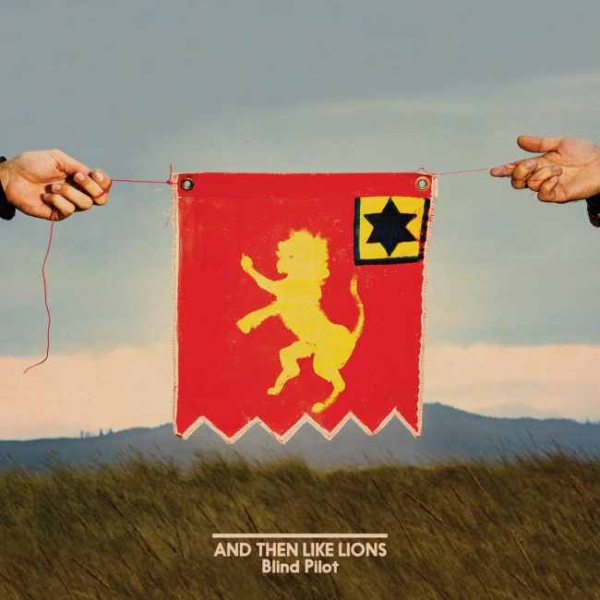 Good things come to those who wait, apparently.

That’s doubtless how Blind Pilot will have comforted themselves, and sated their fledgling fanbase, during the tortured gestation of their third record, And Then Like Lions - it’s been a full five years since we last heard from them. The thing about this album is that it really feels like it took that long to put together; it is a genuinely glacial piece of work. Everything is deliberate and considered and wrapped up in a thick blanket of richness. Whatever accusations you might find yourself wanting to level against this set of songs, a lack of grandeur is not one of them. In sonic terms alone, And Then Like Lions is a very handsome record.

The problem is that, quite quickly, the songs begin to meld into each other, crying out for their own identity. "Don’t Doubt" seems like a departure from the song that precedes it, "Packed Powder", the first time you hear it. On repeat inspection, though, you come to realise that the same template is in action across this album - acoustic guitars, pleasant melodies, the swell of trumpets at the appropriate moments, and lyrics that too earnestly aim for universal appeal to ever really hit the listener in the gut.

Israel Nebeker, the group’s singer and songwriter, has spun And Then Like Lions in interviews as a piece that investigates the relationship between the past and the human condition. His writing is too replete with vagaries to really put too much stock in that statement. This is a lovely record, prettily arranged and carried off with assurance, but it’s ultimately very difficult to escape the feeling that the real aim here was to deliver something of slow-cooked profundity. That hasn't happened. And Then Like Lions is a superficially pleasant listen, but it carries no further weight than that.