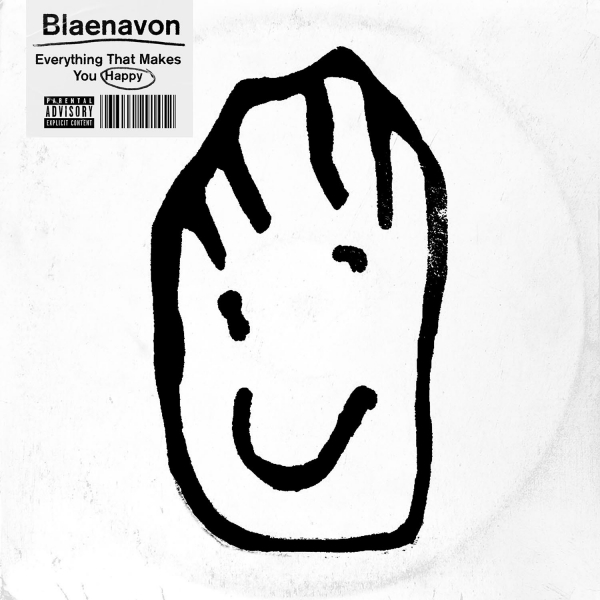 Never really having been a band to fall into line, Blaenavon return with a strikingly vulnerable array of introspection. On their second album, things are as sentimental as they are thought-provoking.

The road to Everything That Makes You Happy, following the release of 2017's debut That's Your Lot, has been a long one for Blaenavon. Due in part to frontman Ben Gregory's difficulties with mental ill-health, the story so far has been one of understanding. In a world hell-bent on pushing us all to the limit, this is beyond reassuring.

Most importantly, as a marker of Blaenavon's ability to resurface, it's this story that gives Everything... its intimacy and, most of all, its frank honesty. It's a true testament to the tangential nature of music and emotion.

There's also a reality that runs deep. Across Everything..., this realism is what strings together the delicate facets of life that are observed here; how they can all blend to create what it is that we end up living.

Musically, the ebbs and flows of feeling are tended to throughout in a way that helps them blossom fruitfully, honing in on the beating heart within. The empty echoes that traverse between the delicate touches and the driven moments are what gives Everything... its truth. They hang there, leaving the words reverberating throughout your own life.

On "I Want You", all yearning euphoria, balances the furtive feeling so delicately in the intricacies of love that it is nigh-on impossible not to map its themes onto your own experiences. Similarly "The Song's Never Gonna Be The Same" finds its hook in soaring orchestral choruses that would fit firmly into the 1990s - in the best way possible.

Culminating in the crescendo-laden title track, Everything That Makes You Happy offers much more than just a collection of songs: it's a coherent whole that digs deep into the causes and nature of happiness. It's a vision of Gregory's world, his diary of what the last years have constituted, including his hospitalization ("Fucking Up My Friends"). It's raw, honest, delicate and, most of all, reflective.