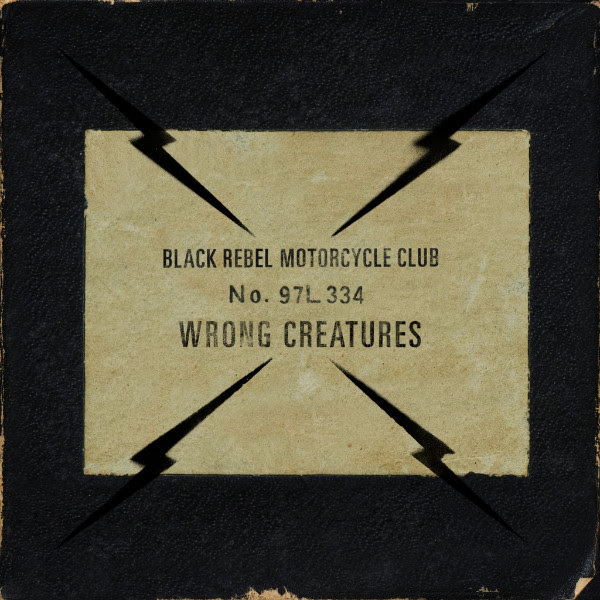 Since the heady days of their self-titled debut, Black Rebel Motorcycle Club’s unmistakeable garage drone and hectic fuzz has given ground to a growing predilection for steady but sometimes directionless classic rock ‘n’ roll, leaning too heavily on protracted, repetitious chords and choruses.

The context of loss that gave us 2013’s Specter at the Feast has been much discussed, and it wouldn’t be retrodden were it not for further ill fortune befalling the band shortly thereafter, as drummer Leah Shapiro was diagnosed with Chiari malformations, a potentially life-changing brain condition affecting balance and movement. After successful surgery in 2014 (crowdfunded by fans – a humbling display of love and a chastening reminder of exorbitant medical expenses), and a tailored recovery programme courtesy of a BRMC-loving doctor, Shapiro picked up sticks the following summer to begin the writing and recording process that resulted in Wrong Creatures.

The opening tracks tease a confident return to form, with that familiar mix of prosaic Americana and gasoline bravado. "I hear the hollow trace of a tragic line / They got the kids in tow just to feed their mind" drawls Peter Hayes amid revving guitars on “Spook”; "What's left, they know they can pull apart / It takes a deadened soul to kill a deadened heart". It's followed by the thick, distortion-heavy electric sludge of “King of Bones”, Robert Levon Been’s bass looming large like a technicolor swamp monster over Shapiro’s punchy percussion. The smoky, hypnotic rhythm of “Question of Faith” is another solid score, flicking forked tongues around riddles and twisted riffs: “I’m a question of faith / I’m a faded mind / I’m what calls you away / I’m what leaves you in time”. “Echo” begins with all the promise of a melted “Walk On The Wild Side” pastiche before acquiescing to arena rock filler, and eyebrows will be raised by the mellow Wurlitzer waltz of “Circus Bazooko”, but it’s a welcome – albeit overlong – deviation from business as usual.

BRMC find themselves increasingly caught in an unfortunate middle ground, where the slow-burning ballads like “Haunt” sound cramped and restless, and the messy garage rock doesn’t rally the revolutionary fervour that it did in the days when they first hit the scene (here’s looking at you, “Little Thing Gone Wild”). Wrong Creatures has just enough of what made BRMC right, and a few tantalisingly brief flourishes to boot, but it's a balance that can only be struck for so long.