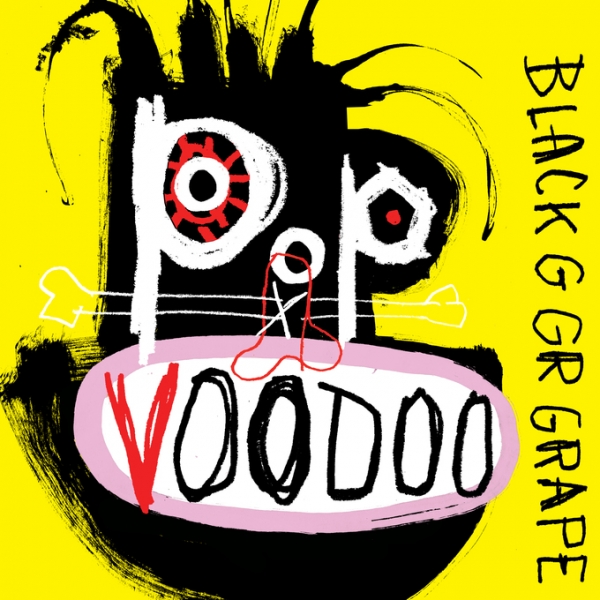 Black Grape were originally a post Happy Mondays project for Shaun Ryder, and their first album in twenty years is of a reasonable enough quality that it won’t massively impact on their legacy positively or negatively.

There are enough nods to Ryder's past on Pop Voodoo to suggest he hasn’t fully escaped the hard partying lifestlye that helped define his most beloved work. Created alongside Manchester musician and MC Kermit, this is a record that still has its heart fully consumed by Madchester and the city's inability to fully escape that scene's baggy vibes.

Pop Voodoo has its soul firmly rooted in the past. Opener "Everything You Know is Wrong" has the laid back spirit of early De La Soul lying underneath its upfront social commentary, and it’s a reference point that creeps up over and over again throughout the albums twelve tracks.

There’s an eminent celebratory spirit that lies at the centre of Black Grape's music, so it’s not surprising that the majority of this album is upbeat in nature, if lyrically sardonic. "Set the Grass on Fire" is a brass-laden number that doesn’t sound far from Smash Mouth of all people, and while funk-infused trip hop stylings underpin the majority of proceedings, slower moments occasionally arise - such as on the relaxed grooves of "Money Burns".

There’s an undoubtedly heavy funk edge to "Shame", where snappy disco basslines collide with dance rhythms to stand as one of the album's finest tracks. Throughout, Ryder’s ever present lyrical wit is as sharp as it has ever been, but alas ultimately this album never matches his creative heights. Still, given that it was a surprise to receive it in the first place, Pop Voodoo is far from being a disappointment.