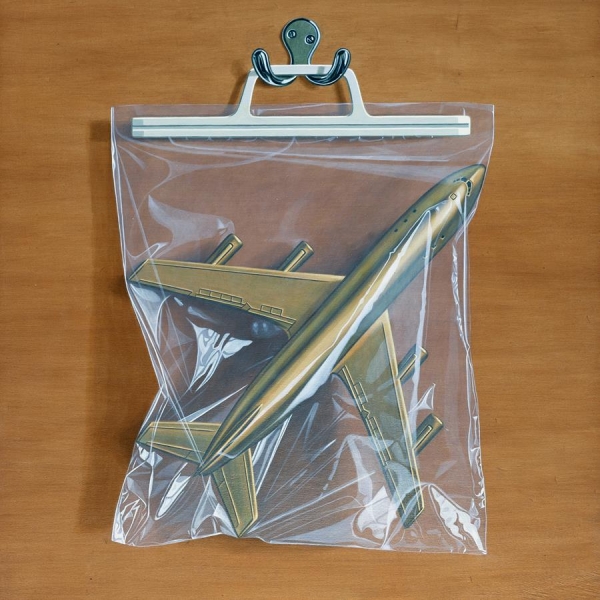 I originally wrote this review with an excessively nerdy intro that deep-dived into the etymology of the French term “Concorde” and the retro-futuristic aircraft that adopted this word as its name. But with Black Country, New Road’s Isaac Wood announcing his heartbreaking departure from the band just days before the release of Ants From Up There, coordinates have been re-routed, but for good reason.

When the Concorde aircraft concept ended in flames, it expelled hopes, dreams and a future far too narrow-sighted to know when to say "enough." Why? Humans are experts at wishful thinking. It's our core, shared downfall and the greatest source of our suffering; yielding cyclical misery and pain upon others, a truth which Black Country, New Road's now-former frontperson, was very much aware of.

If the many pained words etched across the band's latest record are a harbinger, then Wood may have departed at the right time; to do right by himself. His lyrics are wrought with depressive imagery and anxious energy, so why prolong this mental state when the body says "no more?” He has, in fact, left, but not without a profound parting message — one about the innate human desire for connection — love, whether that be the unification of two bound hearts or toward oneself.

Though many will board this supersonic aircraft knowing damn well that it is destined to crash and burn, Ants from Up There is an experience to behold upon liftoff. It's an emotional journey that'll have listeners grasping for their emergency air masks — not because it's the spasmodic spectacle the band's first record was, but because it's ballasted with wandering beauty while wielding a far more threatening emotional dagger.

Surprisingly, the band has taken its slightly indebted sound and has run away with it, faster and farther than anyone anticipated, into territory that makes the band almost unrecognizable. Blink once, and you might miss this miraculous oddity flying by. They're no longer the second-best Slint tribute act. No, they've pushed against expectations and comparisons while also trying a bit of sincerity and heart on for size.

Contrary to For The First Time, this new offering is a truer parading of Black Country, New Road's vision: ornate, chamber pop with occasional midwest emo flairs dovetailing into devastating post-rock abysses that invert into domineering mountains of cathartic climaxes. Ants From Up There is BC, NR operating at hypersonic speed, but not without emotional baggage in tow. The weighty stories presented, via the clairvoyant Wood, warn of destruction, exude self-deprecation, and render the mundanities of suburban life miraculously more anxious and obscure.

From faulty wi-fi connection to half-burned scented candles, "Bread Song" sprinkles quotidian crumbs of domestic imagery across an elegant bedspread of baroque pop majesty, accentuating the fault lines that adorn this endangered relationship. Whatever that relationship may be exactly is never entirely clear. Is it between him and himself or himself and another? Regardless, this poetically painted dynamic on "Bread Song" is intimate — touching even.

Now, not every memory or fantasy Wood recounts across this project is punctuated with a profound image or odd insertion of "Billie Eilish.” When words fail, the swooning melodrama of the band's playing takes center stage, not only on this track, but hear the frantic percussive breakdown of “Snow Globes” or even the mournful instrumental subminity of “Mark’s Theme.” Wherever listeners decide to stop and find reprieve through Ants From Up There, it’ll be dotted with moments of silence or instrumental meandering to convey the taught longing beneath these vignettes of a fractured, idealistic future.

Swaying with a similar musical and emotional tenor, “Concorde”, the record’s centerpiece, is big, billowing, and slowly expands into a euphoric display that all but juxtaposes a doomful reality that soon dawns on Wood: "I fell to my feet, and the doctor said, 'We are unfortunately / Running out of options to treat." But these foreboding signs of demise come to complete ruin during the album's final 12 minutes, the three-part epic and long-time fan favorite, "Basketball Shoes".

Finally overtaken by the sense of unobscured futility, “Basketball Shoes” sees clarity pervade our narrator's timid aspirations. The final nail pierces the coffin of this relationship; there are no more strands of hairs to pick off his sweater, and the Concorde has taken flight one last time. Destruction ensues and "flies in [his] room, tear[ing] the house to shreds." At this point, amidst the damage done, Isaac can do nothing but watch in awe, "praying to forget" a future that never was. His final screams are shrilling, devastating, but cleansing nonetheless.

Amongst a group of six other proficient, classically-trained artists who make polished and pristine sounds, Wood's perfectly imperfect voice was never the center of attention. It is, however, the white underbelly — the gnarled and rugged reality festering within, stressing to escape the faux niceties of the world that bring about even more anxiety. Still, what Wood lacks in vocal pleasance, he more than makes up for it with his witty, abstract storytelling. For a few years now, he had been the wry mouthpiece of a band that had been keenly speaking to a generation of young people frozen and often lost in the digital age; grasping for impossible utopia. And with Wood's heartbreaking departure, I'm reminded of the photographer, Wolfgang Tillmans.

In a photo series titled "Concorde Grid", Tillmans captured this luxurious, hypersonic jet in flight only a few years before the entire operation finally folded. This photo project explored the sentiment of a hopeful future dashed away — a haunting exposition that captured a novel idea in isolation but beheld it in its fleeting beauty. Pushing against the fate of oblivion, Black Country, New Road will carry on and amaze with whatever plans they may have, regardless of how they will exist or with whom. But for now, what we do have is an incredible record from a band, mid-flight, delivering sweeping abstractions of Gen-Z anxiety that only this group, as a seven-piece led by Isaac Wood, could create.