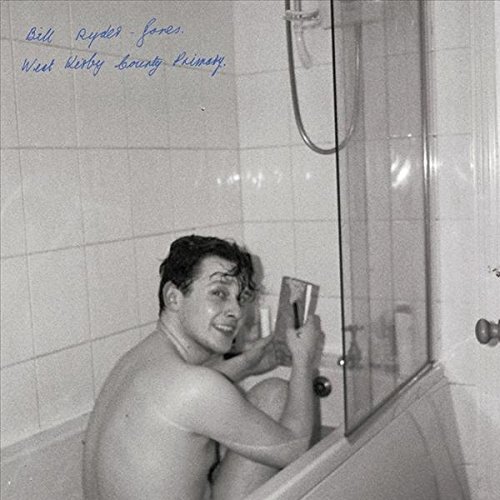 Since leaving The Coral in 2008, Bill Ryder-Jones has blossomed. With the ambitious, orchestral If… in 2011 and 2013’s excellent A Bad Wind Blows In My Heart, he has proved himself to be not only one of the UK’s most inventive, technically capable songwriters, but also one of its most personal.

On A Bad Wind… particularly (If… being an instrumental adaptation of Italo Calvino’s novel If On A Winter’s Night A Traveler), Ryder-Jones invited the listener into a deeply honest, confessional space created by his whispered vocal and yearning lyricism. His new record, West Kirby County Primary, continues in a similar vein, but manages to expand upon it courtesy of a partial dissolution of the stylistic boundaries of his former work.

The album begins in familiar fashion, with the hushed half-smile of “Tell Me That You Don’t Love Me Watching”, a song that manages to make light of a slightly dubious lyrical premise by virtue of its breezy instrumentation. Then, almost before that song seems to have finished, comes one of the album’s highlights, the superb single, “Two To Birkenhead”. This is a prime example of the expansion of Ryder-Jones’ sound that is central to the success of this album. A Pavement-esque fuzz-rock bounce, “Two To Birkenhead” is stretched over a complex, linear structure that culminates in a cathartic, half-shouted climax. It’s the heaviest song in Ryder-Jones’ solo repertoire, and one of his best. Indeed, many of this record’s finest moments are its rockiest or its most overdriven. “Catherine and Huskisson” is a pinwheeling masterclass in Dinosaur Jr-influenced college rock; the cacophonous ending of “Let’s Get Away From Here” seems to come from nowhere, and is all the more powerful for its suddenness; “Satellites” is a taut, muscular number that builds terrifically through key changes and wailing organs.

Having said all that, there are also some heart-wrenchingly tender moments here. “Daniel” is a desperately sad ballad of parental loss, saved from simple wallowing by an enchantingly meandering vocal melody. “Wild Roses” has a subtle yet irremovable earworm of a chorus, and the album’s quietest song, “Put It Down Before You Break It”, is a disarming work of weary beauty. However, it is among the slower songs that the album’s few, but conspicuous, weaker moments can be found. “You Can’t Hide A Light With The Dark” is a bit of a plod, centred around a funk-rock groove of which even Ryder-Jones doesn’t sound convinced, and “Seabirds” is the one track on the record on which his trademark emotional honesty spills over into outright sentimentality. As lovely as the guitar work on this song might be, it cannot excuse the clumsiness of such lyrics as “I don’t care where you’ve been before, but where you’re going to”.

For the most part though, this album is a thrilling maturation of Ryder-Jones’ songwriting, full of subtle developments that afford him a more distinct, individual voice than ever before. Perhaps the most marked changes lie in his vocal delivery and his lyric-writing. His fragile croon has always been charming, but occasionally exposed technical limitations on A Bad Wind…. On West Kirby County Primary, the fragility is still there, but it is supported by a newfound confidence and broadening of range. “Two To Birkenhead” is testament to this, showing off a gravelly, Julian Casablancas-style low register before forcing Ryder-Jones to leap up into a much higher, more desperate range, which he accomplishes with ease. Lyrically, he has closed in on a brand of exactingly-detailed description that would be the envy of his frequent collaborator, Alex Turner. Lines like, “I love it when you’re nervous because you play with you hair” (from “Catherine and Huskisson”) compliment the intimacy of his music perfectly. On his previous work, he has had an occasional tendency to fall back on vague, clichéd repetition that slightly undermined his otherwise masterful songwriting (see the beautiful yet lyrically flawed single from A Bad Wind…, “He Took You In His Arms”). There are no such problems here (save for the aforementioned “Seabirds”).

Through the intelligent, measured expansion of the artistic characteristics for which he has been so respected since his departure from The Coral, Bill Ryder-Jones has confirmed his place among this country’s most vital contemporary songwriters. I cannot wait to see where he goes next.