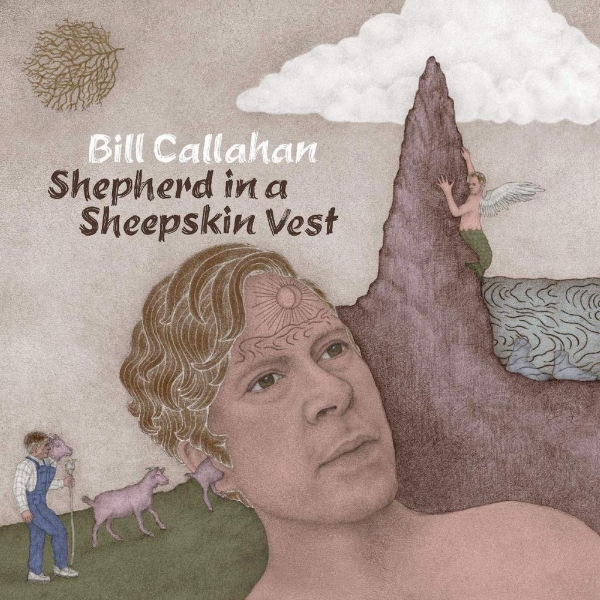 “Sky changed the sea, love changed me,” Bill Callahan sighs towards the end of Shepherd in a Sheepskin Vest.

Now a happy family man, Callahan has described his first album in six years as an attempt to prove that the change - the contentment and stability he’s found during an extended gap from recording - doesn’t have to signal an end for the restless quest of creativity. This sprawling, occasionally confounding and often sparklingly beautiful beast of an album certainly succeeds in this mission.

In recent interviews Callahan has spoken of his doubts about the feasibility of fitting his musical career around his new responsibilities following marriage and children. Perhaps there's a hint of a fear that he'd have nothing juicy left to write about: after all, the stereotypical image of a classic introspective singer-songwriter album is deeply mired in heartbreak, sorrow and self-doubt, rather than the gentle ease and fulfilling routine of happy family life.

Initially, Shepherd in a Sheepskin Vest seems to reflect this uncertainty. Following the subtly dub-hued, richly resonant warmth of 2013's possibly career-best Dream River, this sparsely decorated record can seem sketchy and demo-like. At 20 tracks, Shepherd... packs almost as many tunes as Callahan's last three albums combined, and some of the shorter cuts (a number of songs fade out around the two-minute mark) appear to suggest that Callahan's packed in all of his half-developed ideas, perhaps to make amends for his long silence.

Such unflattering first impressions prove unfounded, however. As odd as it is to hear this once-desolate travelling troubadour of stark cryptic wisdom and determined detachment from routines and attachments offer such deeply domesticated insights as "the panic room is now a nursery / and there are decorators decorating constantly" (on the remarkable "Son of the Sea", which hops over the dividing line between autobiography and mythic fable with jaw-dropping ease), the album soon coheres into a worthy successor to Callahan's impressive run of albums since he gave up on operating under the Smog banner.

There's a newfound and endearing playfulness to some of the proceedings. Complete with a rudimentary drum machine, the by turns surreal and soul-baring backwards-gazing of "Ballad of the Hulk" can't quite decide whether it's a light-hearted giggle or deadly serious, and is all the better for it. The opener "Shepherd's Welcome" bridges the gap between Callahan's past and present by nodding back to his Smog days by name-checking American folk standard "In The Pines" Callahan once covered: the trees that were once a source of jealous angst now provide the source materials for the flooring of the family home.

Arrangements are frequently sparse and bone-dry, but the material can stand proud without many extra embellishments. The startlingly beautiful, warm and wise "What Comes After Certainty" - Callahan's earthy baritone has surely never packed this much resonant warmth and emotion on record before - is hushed to the point of almost evaporating, just two guitars circling each other unhurriedly. The impossibly moving "Circles" finds unexpected beauty in the passing of a loved one. Whereas once Callahan's pronouncements on the subject of death may have carried a tinge of the somewhat studied gloom also found in the earlier output of contemporaries and early points of comparison Will Oldham and Cat Power, this brief cut - there really isn't anything to add or subtract – comes with the unmistakable reek of real lived life, and is all the more powerful for it. Next to this carved-from-granite starkness, the spirited ensemble singalong through US folk standard "Lonesome Valley" sounds almost indecently jolly, although it also concerns the end of life.

Shepherd in a Sheepskin Vest isn't perfect. Its sprawl lacks the tight focus of Dream River, and a few of the tracks drift in and out of focus. Give it enough time to cohere, however, and this largely successful attempt at rebooting Callahan's songwriting soon acquires a hypnotic pull. "Sometimes I wonder on / where have all the good songs gone," Callahan half-recites on "Writing", a tune that defies the usual barrel-scraping nature of songs about writing songs by actually being brilliant. There are more or less 20 of the good ones right here.