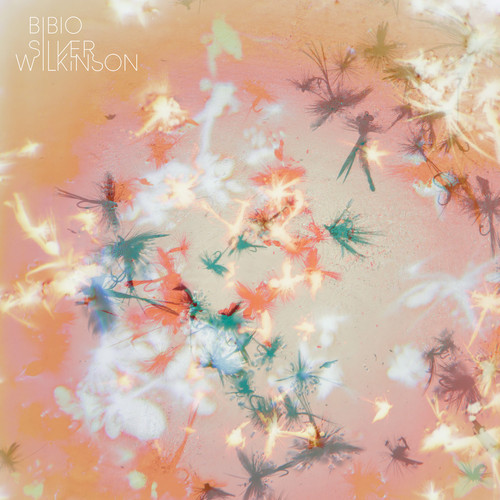 The big criticism that’s always faced Bibio is that he’s a one-trick pony, an artist with a lot of influences but little personality, a bookish student of navel-gazing music without much in the way of umph. In addressing that perception he scored serious acclaim with Ambivalence Avenue, an album that added a few strings to his bow while still retaining a familiar core. But then in 2011, with the curtain lifted and in the spotlight – a lot of people googled ‘kindle ad song’, after all – he managed to prove his naysayers right for entirely different reasons with the follow-up, the messy and too-far-stretched Mind Bokeh.

To find the exact time of death for Bibio’s critical honeymoon, you could do worse than looking at the four minutes and four seconds of the indulgent rock-star fantasy ‘Take Off Your Shirt’, his bloodless tribute to Thin Lizzy (!), which invites us to imagine him as a lusty rock star but is really only as convincing as a child clomping about in his dad’s shoes, windmilling on a tennis racket, and is just as awful as you can well imagine a Bibio song titled ‘Take Off Your Shirt’ might be.

For sensitive souls, such pratfalls require a change of course and so, as the self-titled-ish name suggests, Silver Wilkinson (like Bibio it’s the name of a fishing lure, and it shares his surname) is something like a reset, a reintroduction for everyone who wasn’t around for the three OK albums of rain-distressed, memory-bent folk he put out on Mush Records that took the unnerving modernism of Boards of Canada and plonked it somewhere out in the home counties. Tracks like the very Bibio-ishly titled ‘The First Daffodils’, ‘Dye the Water Green’, and ‘Sycamore Silhouetting’ make up the bulk of the album, all wandering in the same pleasant-enough territory of intertwining, beatific-yet-melancholy acoustic guitar; pastoral strings, faded field recordings and wan, sun-kissed vocals that bring to mind contextless, perhaps half-invented childhood memories with nary an ill-judged power chord in sight.

And Bibio is very good at mining this kind of shared cultural nostalgia, taking the kitsch of previous generations and imbuing it with a kind of mystical aura. Listening to ‘Raincoats’ it’s hard not to imagine kids ducking for cover during a summer shower in 1978 when Bibio sings “Trees like umbrellas / The rain trickles my soul”. Similarly, some ad executive is probably musing over the ecstatic nursery-rhyme and British summertime vibes of ‘À tout à l’heure‘ – ”Count in twos / Count in fours / Spin your arms / Spin your eyes” – for their Thompson Holidays account. And, away from folk-y noodlings, album highlight ‘Look at Orion!’ sounds like Crystal Castles as influenced by BBC Radiophonic Workshop soundtracked public information films about space travel. Nonetheless the albums blots always lie outside of that faded folk-ish mode. Tracks like the John Carpenter-esque ‘Business Park’ and ‘You’, the now familiar Dilla/Stones Throw impression, break up the rainy melancholy that dominates but aren’t as convincing, feeling more like conspicuously ill-fitting outfits he’s not quite comfortable in.

Silver Wilkinson is a solid return to (mostly) familiar, territory. Not quite winding the clock back to his 2005 debut, but somewhere closer to it than the eclectic, synth-y territory of Mind Bokeh. Where you stand on that kind of amnesiac approach will depend a whole lot on how you already feel about the guy’s music (and it’s hard to imagine fans of his pastoral brand of hauntology demanding new stuff for the sake of it). Even with the doyens of his style, Boards of Canada, returning in the very immediate future for competition, a narrow, modest auteurship rather than a clear album-to-album progression might be the order of the day for the Bibio project – which is refreshing at a time when schizophrenic reinvention is expected as a standard. Besides, if the yottabytes of information Google have on us means they’re right about the future, we’ll all still be playing Lovers Carvings ten years from now – on Ukuleles.