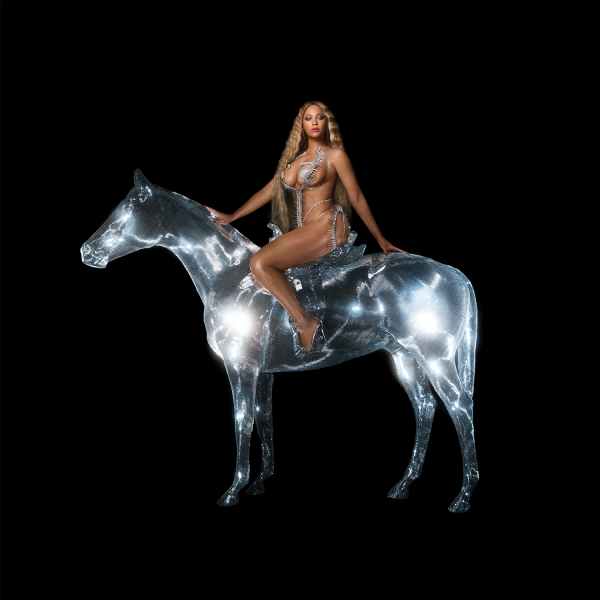 Referring to it as “a place to be free of perfectionism and overthinking,” Beyoncé’s seventh studio album marks a clear transition from the serious topics of her previous works and celebrates the underappreciated architects of disco, house, and the funky sounds that are typically seen, even to this day, as white.

At first glance the album’s title could be interpreted as a renaissance of Beyoncé herself, but quite frankly Beyoncé has never gone out of style. Instead, the renaissance taking place is the revival of disco and house in her music – much alike the current cultural revival of OG house music, most recently found in Drake’s Honestly, Nevermind and Charli XCX’s Crash. None of these do it quite like Beyoncé though, and Renaissance is thoughtfully curated with samples and features as well as a new interpretation and reimagining of these ideas.

This is clearly reflected in the people Beyoncé works with across Renaissance. With credits ranging across the last 40 years of the industry, from Nile Rogers’ writing on the disco groovy “CUFF IT” transitioning seamlessly into the Skrillex’s production on “ENERGY,” to features from Big Freedia on “BREAK MY SOUL” and Grace fucking Jones on “MOVE,” Beyoncé’s choice of music snapshots-in-time translate perfectly, and honour each of the influences under one big roof.

The album’s pace is continually played with, much like a DJ spinning tracks in a club, and the final result is like one brilliant set on a night out. In a similar light, Beyoncé toys with structure and form throughout Renaissance, and makes the listener question why these structures were there in the first place. Opening track “I’M THAT GIRL” progresses through three clear ideas and several BPMs before returning to its origin. “You know all these songs sound good” she says as the bass wavers beneath her, almost as if she knows exactly what she’s doing. Beyoncé has put in the work over the years to be the perfect pop star, and now that she’s there she can do what she wants.

A sense of progressive, rule-breaking and time-colliding music is clearly one of the main inspirations for Renaissance, as just about every track has hints of this. Whether it’s the progressive-R&B of “THIQUE,” moments of concise Afrobeat influence, or the abstract production style of A. G. Cook on “ALL UP IN YOUR MIND,” Beyoncé continually takes the blueprint of a song and throws it out the window, instead opting for music that travels from one idea to the next. There’s even a somewhat lack of clear choruses across the album, and we instead get refrains that come and go as they please, returning at the right moment when needed.

Honey Dijon and Green Velvet are duly recognised on head-bopping track “COZY,” which unsurprisingly pays homage to the glory days of Chicago House with a modern sense of self-assurance and confidence. Closing track “SUMMER RENAISSANCE” samples Donna Summer and Giorgio Moroder’s classic “I Feel Love,” but again plays with its structure and pace. Just when you think you know what she’s doing, Beyoncé switches it up – as it builds to an expected chorus, the vocal slides back into the sample and takes you back to the beginning, before then going even further into the build later in the track. This ability to keep her listeners on their toes and to continually do the unexpected is testament to Beyoncé’s vision, and proves that while we may be in an era of remakes and covers, you can do it with class and finesse to make something truly original.

Beyoncé even goes one step further for her gay fanbase with standout song “PURE / HONEY", as she sings somewhat cheesy lyrics ("Get your money, money, cunty, hunty") over the ballroom-inspired, BloodPop-produced track. The modern ballroom sounds of “PURE” mixing into the disco beats of “HONEY” become unadulterated homosexual heaven as she then fades into the aforementioned Donna Summer sample track. Call me biased, but it seems as though she saved the best two tracks for last.

Thematically, Renaissance has a carefree, night-out vibe with hints of sex, self-affirmation, and anti-capitalism; the latter of which is a hard pill to swallow when coming from a hugely successful multi-millionaire. However, on the newly declared anthem of ‘The Great Resignation’ “BREAK MY SOUL,” Beyoncé delivers the message of letting go of the 9-5 in such a way that lets you give in to the fantasy for the full four-and-a-half-minute runtime – even though the true irony of the song is that it’s probably the most conforming track on the album when it comes to structure.

While there are very few moments on the album that could have been cut for time – such as “HEATED” – there are plenty more moments that stand out. The album’s second act – from the gospel-twerking “CHURCH GIRL”, through the sultry vocals of “PLASTIC OFF THE SOFA” (harkening back to “Blow” from her 2014 self-titled album), to the full six-minutes of happiness found in “VIRGO’S GROOVE” – is possible perfection. It’s these moments that plant the seed of going out-out in you, and awaken the disco-lover inside.

Renaissance is one of Beyoncé’s best albums to date: it doesn’t walk in the footsteps of its predecessors but instead makes its own path, going to places we didn’t think Beyoncé would go.. The six years since her last effort have well and truly been worth the wait.