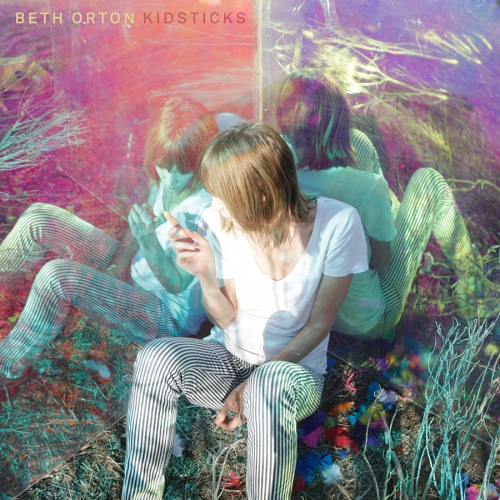 Beth Orton’s new album, Kidsticks, strikes a dynamic balance between the earthly, personal touches of her recent work and the pulsating, electronic flourishes of her early career.

Orton co-produced the album – her seventh, and first since 2012’s Sugaring Season – with Fuck Buttons’ Andrew Hung, and the pair crafted the synth-laden foundations of the ten new songs in a garage in Orton's new home of Los Angeles. Orton then spent a year and half smoothing out the edges and refining the arrangements of these layered, intimate numbers (with guest contributions from Grizzy Bear’s Chris Taylor and Twin Shadow’s George Lewis Jr., and mixing from David Wrench).

The straightforward song titles ("Snow", "Moon", "Petals", "Wave") featured on the first half of the record hint at the natural, organic quality that courses at the heart of these tracks, despite the vibrant electro-pop sheen that ultimately colours the songs with a restless modernity. Throughout the record, Orton’s soothing, airy vocals continuously elevate the numbers to a special terrain, with themes of place, purpose and the strength found in both solitude and family giving the songs a meditative warmth and hypnotic purity.

“The same moon rises over me as you / And there’s really not much about that that we can do,” Orton sings wistfully on ‘Moon,’ which serves as a celebration of the light that guides us home, as well as a lamentation that its glow is diminished by the losses we’ve endured along the way. There is a searching quality to all of these new songs, with Orton sounding content and satisfied with where she has ended up, but forlorn at how long it has taken her to get there, and somber about those she had to leave behind.

Even during the album’s weightier, more emotional moments, the crisp production and candid subject matter injects Kidsticks with a contemporary effervescence. Beth Orton has fluidly transformed her trip-hop+singer/songwriter roots into a fresh, original sound, which will surely resonate with both her longtime fans and new listeners alike, while providing a rich foundation for Orton to build upon during her third creative decade of casting intoxicating musical spells over us all.