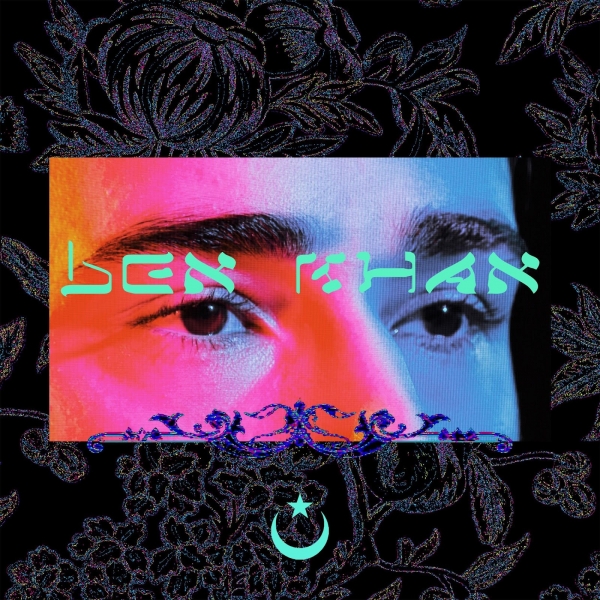 Ben Khan released two EPs between May of 2014 and March of 2015. One of those EPs contained the slinky gem that is “Eden”. It inhabited the same warped world that Jai Paul’s material does; a mysterious soundscape, one you don’t want to leave after it’s immediately reeled you in, with its captivating undulation of emotive, vivid sonics. But, like Paul, Khan seemed to vanish immediately afterwards.

The wait for something new would be three long years, which is how long it took for Khan to see his world in a different way, and make music with a fresh perspective.

Khan’s self-titled debut LP picks up where “Eden” left off; all morphed, contorted vocals amidst phosphorescent wobbles and bursts of electronic sound. The tracks are everything, all at once: warm, serene, frosty, sharp, propulsive, lethargic. They ooze cosmic soul, prismatic funk. The energy and spirit is human and not.

“Ruby” – one of the most gorgeous things you’ll hear all year – glows with a red passion, its muffled kick pulsating, its guitars swoony and beguiling. It could easily be the soundtrack for a celestial mating ritual. Perhaps it even is: “Now we are bound”, Khan decrees, then extending a hand, to “transcend through time and space”; a voyage, an odyssey, that will expand your mind and deeply broaden your horizons.

Ben Khan’s music doesn’t exist in the conventional realms of the universe. It’s a living, breathing, constantly morphing organism. It will take you places. Places that don’t feel like they exist in our dimension, on our plain. This all just feels so brilliantly different and new; a very special debut indeed.