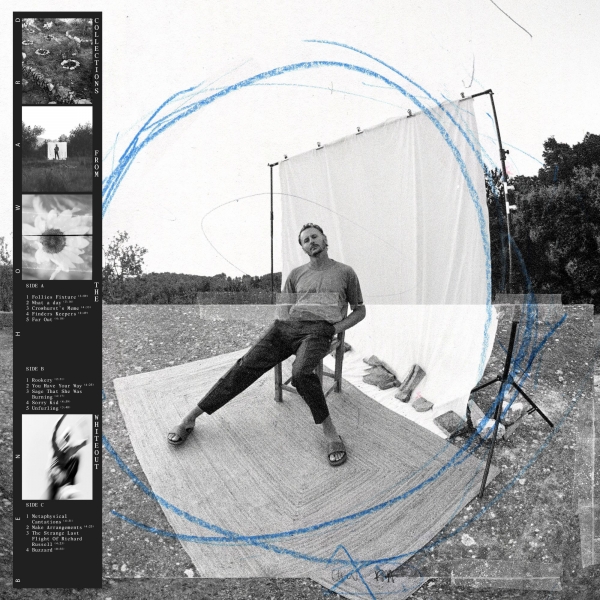 Ben Howard has always sat in a happy medium.

Too naturally talented to sit amongst the Ed Sheeran’s of the world, but too unadventurous to be put on a table completely on his own, his formula of guitars with a foreboding darkness has made him fade in and out of public consciousness since the release of his platinum selling debut in 2011. But his fourth studio album is different.

Collections from the Whiteout pops with life and colour. Its production level, aided by The National’s Aaron Dessner, is inventive and sees Howard take a step into his unknown. Laden with tape loops and guitars FXs, it is an album that is ultimately striking.

Mostly derived from actual real-life happenings, there are songs that carry a story, the ideas of the people and places involved conjured up only through the words printed in newspapers cuttings collected, and Howard’s imagination. The haunting “Crowhurst’s Meme” talks about the death of amateur sailor Donald Crowhurst, whilst “Sorry Kid” talks of the Russian fraudster Anna Sorokin. Some stories lie closer to home as the whirring “Finders Keepers” tells of the father of a friend of Howard’s who found a body floating in a suitcase along the Thames.

There are songs on the album that simply fill the atmosphere. Lead single “What A Day” is particularly dazzling, drawing back to the charm of the sounds of Howard’s debut. “Sage That She Was Burning” is a prime example of making simplicity exciting, along with the intricately named “Metaphysical Cantations” and album concluder “Buzzard”, in which the guitars mimic the titular creature in an understatedly creative way.

The album as a whole is a sure-fire sonic adventure. Allowing creativity to take the reins, Howard has reinvented himself with his latest instalment through a blend of storytelling and evocative sonic fillers. Now, he is one of the UK’s most naturally talented songwriters, with an added sense of style.