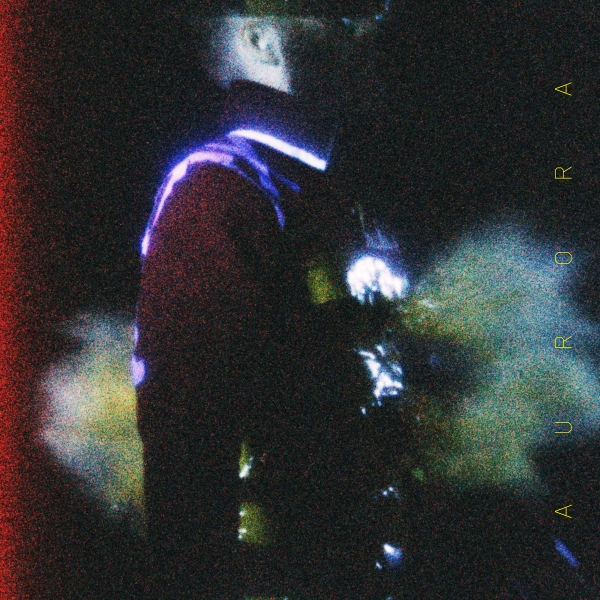 Having called Iceland home for the past nine years, Australian experimental multi-instrumentalist Ben Frost first reared his head back in 2001 with Music For Sad Children, a rather minimalist six-track release that melded melancholic piano themes with simmering beats and ambient pastoralism. There have been quite a few curveballs in his trajectory since, the comparably wary wanderlust of earlier material giving way to darker urges on soundtrack work, collaborative efforts such as Music for Solaris and his fourth solo album, 2009’s wonderfully foreboding By The Throat. The inexorable - seemingly inevitable - culmination of this evolution, Frost’s fifth solo outing, A U R O R A, is a brutal yet glorious release that doubles up as an unbending overture to fervour and force.

Where By The Throat stalked unobserved - a malevolent spectre that lingered constantly out of shot - A U R O R A immediately surges into sharp focus, the prologue-like “Flex” bursting free from the shackles a vengeful, almost incandescent beast. Like Earth’s own engine firing up, a siren squeals, driving through a swelling mist of murk and summoning a crescendo of elemental fury. Indeed, no sooner have things got under way than Frost’s penchant for wielding extremity and tearing through the frontiers of sound becomes emphatically clear. With a tempest brewing in the distance, “Flex” expires with a sigh, washes of noise disperse as if dreamt and an ephemeral trickle of water flows somewhere in the background. The tide rolls out.

For an artist so compelled by environment and the imprint of surrounding, the context of A U R O R A is essential to consider in order to appreciate Frost’s present-day ruminations. Predominantly written in DR Congo and performed by Frost, Greg Fox (ex-Liturgy), Shahzad Ismaily and rhythmic overlord, Thor Harris of Swans, the release was birthed from self-induced isolation and a collective desire to excavate inherent truths of nature and being; submitting to swathes of noise with the implicit aim to evoke an altogether transient moment of lucidity. The (altogether incidental) act of inducing “discomfort” from what some may consider recorded punishment is inseparable from the process, in other words; Frost, Fox and co. happily willing vessels attempting to musically mirror an ageless and unending primitive tussle.

With the tone, implacable and steadfast, confidently set on “Flex”, a barrage of sharp frequencies, lacerated melodies and clambering metallic rhythms propel its follow-up, “Nolan”, a six-minute barrage that masterfully marries beauteous sonic disfigurement with unwavering caustic noise. Surging forth and climaxing in a monsoon of shrill dissonance and clanging church bells, it captures a duality and primal essence that Frost seems to effortlessly concoct and manoeuvre. Sharp, disfigured melodies fight against the might of pounding bass drums and disfigured analog noise, the track’s anti-anthemic ascension bleeding into the festering near-silence of “The Teeth Behind Kisses”, a rare mournful respite serving as a truce between two trouncing battles. After all, submission can often work two ways.

Unravelling from an almost strutting rhythmic litany, the threatening industrialism of “Secant” is a highlight. With Fox and Harris’ clannish beats melding with Frost’s flirting, teasing electronics, the track erupts in a firecracker of yearning bass and disjointed synth melodies, “Diphenyl Oxalate” and lead single “Venter” soon morphing into a single unforgiving ambush. Where the former flares up to induce an altogether endurable cacophonous foray - again, not without moments of melodic reprieve – the latter builds on Harris’ cautionary bell tolls and Frost’s merciless orchestration to induce something altogether more extraordinary. This isn’t a song for shit speakers or a “cursory” listen – the sonic equivalent of the third of panel of Bosch’s The Garden of Earthly Delights, it is a seismic cornerstone of A U R O R A and a crushing purge that remarkably distils the excessive character of the record.

Where the structurally bereft white-noise of “No Sorrowing” proves a tad disappointing after such a cathartic peak, it, along with the aforementioned “The Teeth Behind Kisses”, are all that stand between A U R O R A being a relentless onslaught lacking the necessary space for one to consider the majesty of its wrath. With the fog parting on the horizon and the sun rising urgently in the East, the album splinters into full-blown technicolour on the glitchy introspection of “Sola Fide” and closing, techno-tinged highlight, “A Single Point of Light” – a triumphant ten minutes of intent-drenched transmutation and steady disintegration. With a brief sliver of white noise shrieking off into the ether, A U R O R A segues into unfamiliar silence and the tide – post-storm – rolls in once more, Frost, Fox, Ismaily and Harris standing on the ravaged shore, quietly awe-struck by the resplendent ruin.