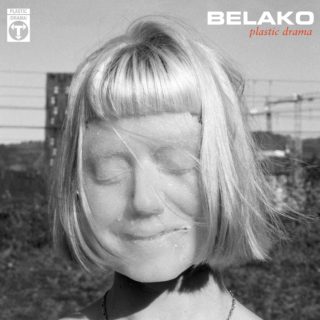 Spanish punks Belako title their fourth album Plastic Drama. The suggestion is that the things that our culture feeds us, convinces us are vitally important, are perhaps as flimsy and worthless as the most poorly-made device through which they’re disseminated. Plastic.

This generation is a cynical one, and it’s not without good reason. Still, if Belako allowed that cynicism to take hold, this would be a very different album. This is an album that’s geared to someone who’s willing to listen - it’s a rallying cry. Belako haven’t been beaten down, and they sure as hell won’t let you be either. Across the record, they call out a whole host of the insidious systems our world has to offer; greed ("Plastic Drama"), social media culture ("Profile Anxiety"), institutional misogyny ("All Nerve", "AKLR"), even the culture around romantic love ("Truth"). But it’s entirely without defeatism; instead it’s delivered with rage, a furious refusal to accept what we’re fed. It’s a truth that time and again proves itself: when young people get angry, it’s potent.

While this is steadfastly in the spirit of punk rock, musically Belako are a little more flexible. There are ties to '90s alt rock in their sonics, yet the dynamics and grooves of that era are meshed with a more inventive, forward-facing energy. This again speaks to a youthful idealism; a readiness to re-imagine what has come before.

It’s the spirit of youth that really drives this album, yet coupled with the wisdom of age; wisdom to know that the power of youth is best spent not on hedonism but on fighting for better. This is best summed up with the record’s stirring standout track, "The Craft", on which they sing: "Ours is the power, and now is the time / This is the hour, the power of time". Rising above the plastic, Belako show us gold.