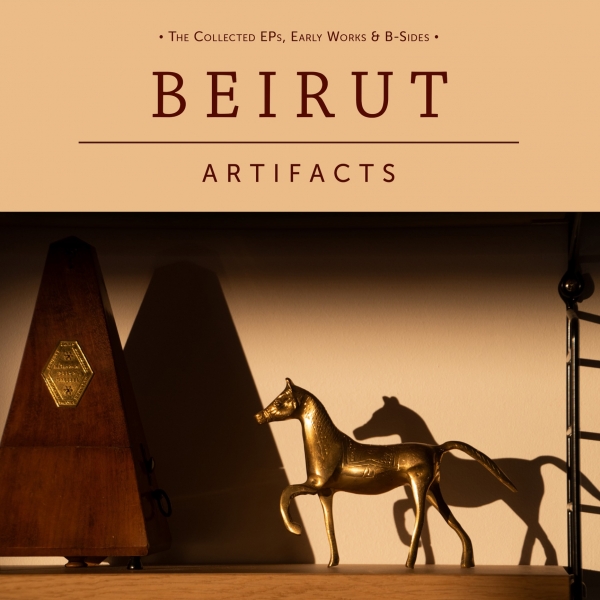 In his youth, Zach Condon broke his arm, taking away his ability to play full sized guitars. What would follow from this childhood accident would influence the sound of Beirut.

Ukuleles, trumpets and accordions have become the signature sound of Condon’s unique project. 17 years since the debut release of Gulag Orkestar, Condon has compiled his formative EPs and recordings on Artifacts. Long gone are the days of searching for these gems in the depths of YouTube as this immersive double LP follows the development of Condon’s musical world.

Beginning with the Elephant Gun EP, the record serves as a warm reminder of Beirut’s truly beautiful music. A multi instrumentalist and singer, Condon’s voice has paired Balkan with the twang of a New Mexico accent. Blending brass, strings and percussion, his touch has always been soft. ‘O Leãozinho’ is a Portuguese tribute to his wife, once performed live for Red Hot. Mastering and remastering these tracks was a labour of love and the production on the more electronically focussed songs shows Condon’s exploration phase wonderfully.

Having a complete compilation so readily available feels like a reward and potentially the beginning of a new era for Beirut. Starting out in the time of sifting through CDs in record shops to find the rare The Flying Club Cup, it feels fitting that a physical release will be pressed and on the same shelves in March.

Artifacts serves as a reminder of Condon’s genius, one where he can construct grandiose orchestral instrumentals and stripped back love songs. His indie contemporaries such as Fleet Foxes and fellow composer Daniel Rosen of Grizzly Bear (who have also continued to craft timeless indie folk) seem part of this resurgence; a renaissance of music as art. To relive is to rebirth and listening back to Beirut’s colourful sound on the one record is a delight.